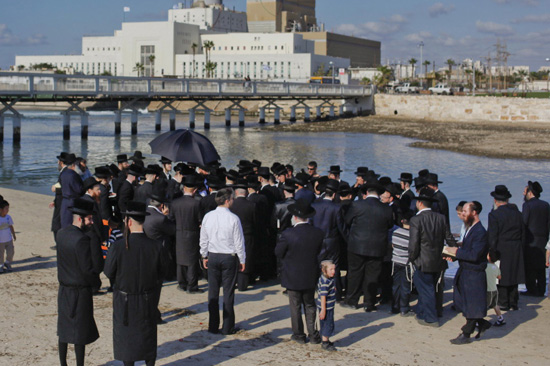 For the Jewish â€œYom Kippurâ€ holiday, the Israeli military fully closes the West Bank for 48 hours, from midnight Thursday untill midnight Saturday, Arabs48 News Agency reported. According to Israeli reports, Israeli police conferred with Israeli-Palestinians regarding efforts to keep things quiet during the holiday, in light of the burning of Al-Nour mosque in Tuba Zingerah by a group of rightists earlier in the week.

It was also learned that the police have strengthened their forces in order to avoid repetition of the clashes between Arabs and settlers that took place in Akko on â€œYom Kippurâ€ three years ago. Those clashes included the burning of numerous Arab houses in the city. Many families were prevented from reaching their homes, and the Israeli police detained many Arabs. Hundreds of settlers were brought to Akko to carry out attacks against the Arabs in the city.

Public transport, including trains, will be gradually frozen in the afternoon hours because of the holiday, and will resume at 7:30PM on Saturday. It should also be noted that ‘Yom Kippur’ is the only day during the year in which the country’s airspace is completely closed.

In addition, the border crossings with Egypt and Jordan will be blocked later this afternoon, Friday, until 9:00 pm Saturday.