Gaza’s Ministry Of Detainees: “There Are 5,300 Detainees Still Imprisoned By Israel’ 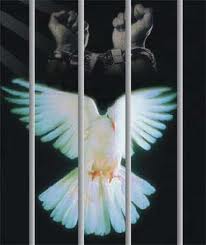 The Palestinian Ministry of Detainees in Gaza reported on Thursday that Israel is still holding captive over five thousand Palestinian detainees, including 22 elected legislators.In a press release, Riyad Al Ashqar, head of the media department at the Ministry of Detainees in Gaza, said that “After the release of 477 detainees under the prisoner-swap deal, the number of detainees is now 5,300.”

Al Ashqar added that detainee Kareem Yousef Younis is now the oldest Palestinian inside an Israeli prison. He was not included in the deal and has been imprisoned for 29 years, since he was arrested on January 6, 1983; he is serving a life-term and is from the 1948 territories.

The formerly oldest prisoner, Nael Barghouthi, was released under the exchange deal between Israel and Hamas. Barghouthi was taken on April 4, 1978; he was 19 years old.

Al Ashqar said that number of detainees imprisoned since before the Oslo peace agreement of 1993 has dropped from 299 to 126. The list of long-serving detainees (who have been imprisoned for twenty or more years) has dropped, after the swap-deal, from 145 to 51 detainees. This includes twelve from the 1948 territories, four from Jerusalem, seven from the Gaza Strip, and 28 from the West Bank.

There are 22 elected legislators and nine female detainees that currently remain imprisoned. Egypt, acting as an intermediary, is currently trying to secure the release of all the remaining female prisoners in the second phase of the deal.

There are 280 children who are still imprisoned by Israel in violation of International Law. Israel is also holding captive five residents from the Gaza Strip, dubbing them as “Illegitimate combatants”. None of them were part of the swap.

The Ministry of Detainees stated that the deal is an historic achievement for the Palestinian people and the Palestinian resistance, adding that this exchange “sets a new stage in the struggle against the occupation.’

“This deal does not mean the Detainees File is closed now,” the Ministry said, “There are thousands of detainees still imprisoned by Israel. They need our support by all means of diplomacy and military actions; we must ensure they receive their freedom from the occupation prisons.’