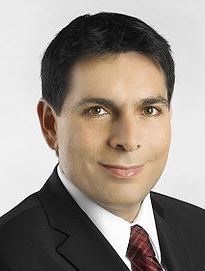 Likud Party Member of Knesset, Danny Danon, presented a draft of a new legislation that calls for the firing of any member of Knesset who refuses to recognize Israel as a “Democratic Jewish State”, or supports organizations that are considered “hostile and terrorist”.The Likud party is headed by the current Israeli Prime Minister, Benjamin Netanyahu, who formed his coalition government by offering fundamentalist parties, such as Yisrael Beiteinu (Israel is Our Home), senior positions. Part of this coalition was appointing Avigdor Lieberman, of Israel is Our Home, as Israel’s Foreign Minister.

When Lieberman was a member of Knesset, he repeatedly called for expelling the Arabs and the Palestinians out of the country, labeling them as a
“demographic threat to Israel”.

The draft law also includes firing the MK’s who express support to armed struggle against the Israeli occupation of the West Bank and the Gaza Strip.

The draft bill states that should at least thirty members of Knesset sign a document demanding the state to fire an MK, and should a majority vote approve the document, it will be sent to the higher committee of the Knesset where it needs a majority of eighty votes to pass.

During a Knesset session, Danon claimed that “there are members of the Knesset who abuse the Freedom of Speech and use it to harm the state and its institutions.’

He added that “Israel must always have the means to defends itself against those who abuse democracy,’ and that “if this law was in effect when Arab MK, Hanin Zoabi, was part of the Freedom Flotilla that was heading to Gaza, she would have been ousted by now.’

It is worth mentioning that Danon chairs the Knesset Aliya Committee that works on encouraging Jewish immigration into the country, while preventing the Arabs who were forced out in 1948 from practicing their internationally guaranteed Right of Return.

The Turkish ship (MV Marmara) of the Freedom Flotilla was attacked and boarded, in international waters, by Israeli commandos who shot and killed nine Turkish activists and wounded a dozen more, before towing the ship to Ashdod Port. Numerous soldiers suffered injuries when they boarded the ship, with at least one soldier being knocked unconscious.

It is worth mentioning that the Legal Advisor of the Israeli Government stated recently that Israel closed the files of Israeli Arabs who were part of the flotilla, including the file of MK Hanin Zoabi.

Fundamentalist members of Knesset always push for legislations that are meant to limit the freedom of the indigenous Arab population in the country. This includes preventing them from marking the Nakba Day, the day Israel marks its independence after being established in the historic land of Palestine in 1948.

The Nakba law allows the government to prevent funding to NGO’s and institutions that do not recognize Israel as a Jewish state; the law was passed by 37 members of Knesset; 25 opposed it.

Human rights groups and the native Arabs in the country slammed the law as it targets the indigenous Arab minority by preventing them from marking the Nakba, and hindering their liberties.

The Knesset also passed “Acceptance Committees” legislation that allows Jewish communities in Israel to pick and choose who lives there, mainly targeting the presence of Arabs, especially in the Negev and the Galilee. It also targets single-parent families and same-sex couples.