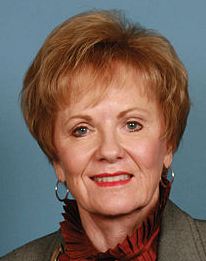 Republican Lawmaker, Representative Kay Granger, stated Friday that she will be releasing $147 Million to the Palestinian Authority, headed by Mahmoud Abbas in the West Bank, after she withheld the money from August of last year in protest to the Palestinian National Unity deal. It remains unclear if the funds will be released due to another hold put by a different republican lawmaker.
Granger, member of the U.S. House of Representatives, stated that she decided to remove the hold on the money for humanitarian purposes, and to “help in creating stability in the Palestinian territories”.

She added that she had decided to withhold the money in order to send a message stating that “those who want to create a state by heading to the United Nations, and by forming a unity government with Hamas, in addition to halting peace talks with Israel are not walking in the path of peace.”

Granger went on to state, though, that “under the current situation, it is for the best interest of the United States, and its allies in the Middle East, to allow the flow of funds in order to resolve security and humanitarian issues”.

Reuters reported that it remains unclear whether the money will actually be transferred to the Palestinian Authority as a senior Republican, Ileana Ros-Lehtinen, has also put a hold on the money for several months.

Reuters added that it could not reach the spokesman of Ros-Lehtinen to comment on the issue.

The United States is trying to pressure the Palestinian Authority into resuming “peace talks” with Israel, after the P.A. decided to halt these talks due to the ongoing Israeli violations, topped by Israel’s illegal construction and expansion of Israeli settlements in the occupied Palestinian territories, including in and around occupied East Jerusalem.