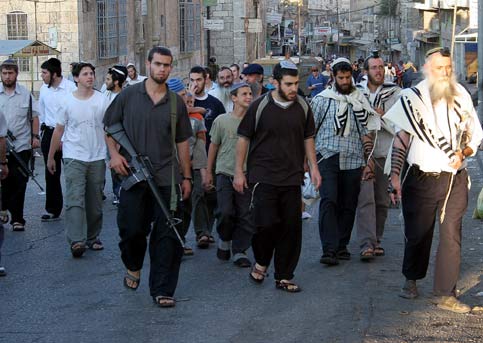 A Palestinian farmer was injured when Israeli armed settlers attacked a group of farmers near the northern West Bank city of Nablus on Monday.
Local sources announced that Ayman Loui’e sustained moderate wounds when an Israeli settler hit him in the head with a baton.

Loui’e was injured when a group of armed settlers attacked him and other farmers working on their lands at Borien village near Nablus, witnesses told local news.

Residents of Borien started on Monday the preparation of their lands for the summer farming season, farmers are expecting more attacks by Israeli settlers this week.

Palestinian security forces said that the Israeli military targeted the cities of Hebron and Bethlehem along with nearby villages. Soldiers searched and ransacked residents’ homes before arresting nine civilians, sources added.