Political Detainee Injured After Being Attacked By Soldiers 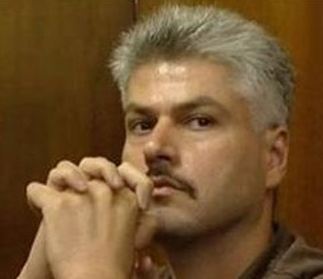 Palestinian political prisoner, Abbas as-Sayyid, was injured after Israeli soldiers of the Nachshon Brigade attacked him in front of his prison cell at the Gilboa’ Israeli prison.As-Sayyid was beaten to various parts of his body and suffered injuries to the head, chest and genitals.

Hamas media spokesperson, Sami Abu Zuhri, warned Israel of the consequences of the death of As-Sayyid. The movement accused Israel of trying to assassinate as-Sayyid.

The latest attack is among numerous and escalating Israeli attacks against Palestinian political prisoners, especially after the detainees held a series of hunger-strikes demanding Israel to stop its violations against them, and to treat them like prisoners of war.

He was detained once mroe by the Israeli army on August 5th, 2001 and during his trial, the prosecutor called for the execution of as-Sayyid and his comrades of the same cell of the al-Qassam Bridges of Hamas. They were identified as Nasr Zeetawi, Mohannad Shreim, Moammar Sahrour, Fathi Khaseeb, and Nihad Abu Kushk.

The court sentenced as-Sayyid to 36 life-terms and an additional 200 years.

The prosecution argued that as-Sayyid was the mastermind of the Park Hotel suicide bombing that was carried out by a Hamas fighter identified as Abdul-Baset Odah, in March 27, 2002. 30 Israelis were killed in the bombing and 140 were injured.

The prosecution also claimed that as-Sayyid was also behind that Ha-Sharon Mall suicide bombing in 2005 that was carried out by Mohammad Marmish, leading to the death of five Israelis, although responsibility for the attack was claimed by the Palestinian branch of Islamic Jihad.

As-Sayyid never confessed to any of the charges brought against him without a proof linking him to the bombings, and refused to recognize the legitimacy of Israel courts as they are run by the occupation.

On August 26, 2010, as-Sayyid was forced into solitary confinement, and remains as such. He is allowed to leave his cell one hour a day, although some days he does not receive this hour.

As-Sayyid was born in Tulkarem, in the northern part of the West Bank, in 1966. After finishing school, he went to Jordan where he got his certificate in Mechanical Engineering at the al-Yarmouk University.