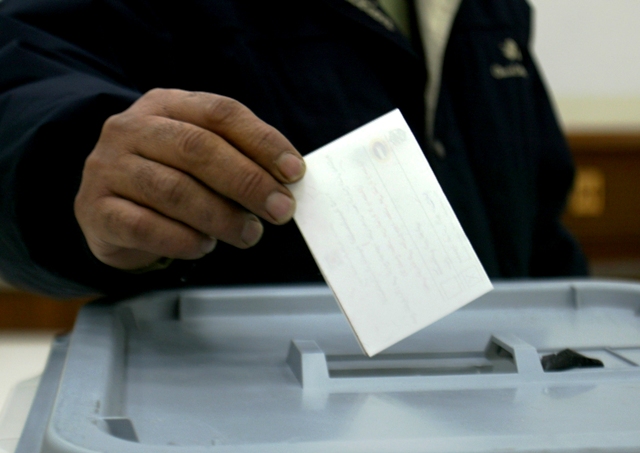 The Palestinian Authority in the West Bank, led by Fatah’s Mahmoud Abbas, has called on Tuesday for fresh elections to be held on Oct. 20th, yet Hamas have rejected this ‘unilateral’ action.Agence France Presse reported that a local official had spoken with them under conditions of anonymity stating that local, municipal and district elections would be held.

Prior attempts at holding similar such elections have failed to materialise with the most recent attempts coming in July and October of 2011. Hopes of progression have been dashed despite Fatah and Hamas having come to a limited understanding and having signed a much belated reconciliation document, the Doha Agreement.

Following the signing of this document the Palestinian Authority’s Central Elections Commission were given permission to restart work in the Hamas governed Gaza Strip, although complaints of hindrance have arisen.

Following the release of the AFP report, Reuters released an article quoting Hamas spokesman Sami Abu Zuhri. Abu Zuhri criticised the P.A. for taking an ‘unilateral step’, and levelled charges of ‘undermining reconciliation’. He stated that any negative consequences following this action will be the fault of Abbas and his administration.

Last week Hamas suspended voter registration and the P.A. have stated that as a result elections may only take place in the West Bank, returning to the political division overshadowing Palestinian politics since 2007. Hamas have said that voter registration was suspended following the continued detention of Hamas party members in the West Bank by P.A. security forces.

The two parts of the occupied Palestinian territories have been politically divided following Hamas’ 2006 Palestinian Legislative Council election victory. Although the elections were deemed free and fair by international observers, Fatah rejected the results and attempted a coup. Hamas retained control of the Gaza Strip, whilst the Fatah dominated Palestinian Authority has continued its limited control under the Israeli occupation in the West Bank.

Furthermore, Fatah’s Mahmoud Abbas’ presidential mandate expired in January 2009, having won the 2005 presidential elections by an overwhelming majority. Due to the divided Palestinian factions inability to reconcile and create new elections, Abbas has remained in office, but has stated that he will not be running for office again.