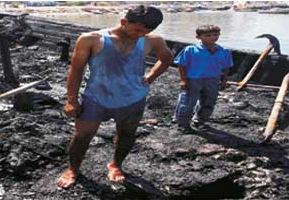 The Al-Mezan Center for Human Rights reported that Israeli soldiers shot and killed 15 Palestinians during the latest escalation against the Gaza Strip in June, including three children. At least 75 residents, including 16 children and five women, were wounded.The Center said that Israel carried out several air strikes and attacks against the civilian population and their homes in the Gaza Strip, and also carried out several attacks against Palestinian fishermen.

It added that Israeli strikes and bombardment led to the complete destruction of five homes and caused damage to 51 homes, in addition to 11,200 square meters of agricultural lands, agricultural water-wells, a chicken farm, a sheep farm, and three factories in addition to several other civilian structures.

As for attacks against Palestinian fishermen, the center said that the army continued to prevent them from fishing in Palestinian territorial waters, and continued to limit their fishing zone to only 3 nautical miles.

The al-Mezan Center documented 25 attacks against the fishermen and their fishing boats in which the Israeli Navy abducted 13 fishermen, and confiscated 5 fishing boats.

Most of the attacks carried out against the civilians in Gaza targeted areas close to the border, especially in the northern and southern parts of the Gaza Strip, leading to four injuries among farmers and workers, in addition to excessive damage to civilian property and homes. The army also demolished an under construction home, two hot-houses, and bulldozed dozens of dunams of farmlands also causing damage to irrigation systems.

The al-Mezan Center said that these Israeli military attacks and bombardment come in direct violation of international law as such attacks are targeting civilians and their property.

The Center demanded the international community to act on stopping the Israeli violations to international law and the Fourth Geneva Convention, and to act on apprehending Israeli soldiers who committed crimes against the civilian population, and the officials who ordered these crimes.