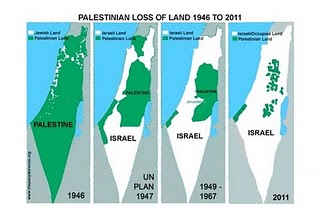 Is Israel’s move to the hardline far right hurting its international standing? The Netanyahu government’s treatment of Occupied Palestine may harm the long-term solvency of the Israeli state.Murtaza Hussein, writing for Al Jazeera English, believes that the staunch far right policies of Prime Minister Netanyahu may be undermining the very state they are instituted to protect.

Tel Aviv considers the West Bank an intrinsic part of Israel, rather than a disputed territory or sovereign state. This belief is driving the Netanyahu government toward an inevitable conclusion where the status of millions of Palestinians must be decided. That decision will carry with it the potential to either ostracize Israel completely from the international community, or to obliterate the ‘Jewish nature’ of the Israeli state.

The first issue, becoming an international outcast, may already be underway.

Israel’s strongest partners, the United States and the European Union, have faced increasingly harsh criticism for their carte blanche support of Israeli policies. On Tuesday PLO spokeswoman Hanan Ashrawi called on the EU to review its economic relationship with Israel taking into consideration the vast international condemnation of occupation policies in Gaza and the West Bank, reports Ma’an News.

Israel does not need to formalize its occupation by annexing the Israeli-controlled areas of the West Bank for its policy there to be recognized as apartheid. Arab-Israelis are already treated as second class citizens – unless they are Jewish, in which case they still often face racism and prejudice – by their own government. Millions of Palestinians living beyond the borders of Israel face a fate worse than second class. Palestinians in the West Bank and Gaza live like prisoners, convicted and punished en masse of threatening the sanctity and security of the Jewish state. In the past, states that operated in overt and intentional disregard of universal human rights were treated as international pariah.

The Republic of South Africa, prior to the ending of its apartheid in the 1990s, faced international economic and diplomatic sanctions for decades. At the time South Africa’s racist government could count on only one rock solid international ally: Israel.

The second issue threatening Israel, the undermining of the Jewish state, is more complicated.

If Israel faces international sanction for mistreating segments of its domestic and occupied population there are clear historical precedents to follow. If Israel, through extending and formalizing its occupation, becomes solely responsible for millions of state-less Palestinians living in the West Bank the government in Tel Aviv will tread into the unknown.

Israel’s purpose for existing is to provide a homeland for Jews around the world. If the continued occupation of Palestine makes Israel the de facto homeland of millions of Palestinians (Christian and Muslim) the Jewish character of the state will come into question.

Prime Minister Netanyahu seems intent on laying claim to much of Occupied Palestine. Unfortunately he has shown no indication of how to deal with the Palestinians.

The people cannot be forcibly removed from the land – having already been forced into walled-off ghettos – because such an act would prove to the world that the Israeli government and military are engaged in the ethnic cleansing of Palestine. The people also cannot be granted Israeli citizenship or even legal residential status because their sheer numbers would overwhelm the firmly regulated Jewish majority.

By systematically destroying the Oslo Accords of 1993 and continually stalling and undermining the peace process Netanyahu is bringing his country closer to a point of no return.