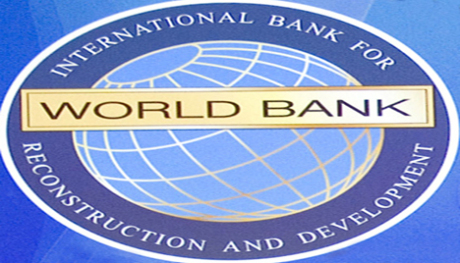 The World Bank released a detailed report concluding that the economy of Palestine is unsuitable for statehood and incapable of sustaining itself without foreign aid.On Wednesday the World Bank released a report stating that the Palestinian economy is both unstable and unsustainable. The report, which has been widely covered by international media, claims that foreign aid is primarily responsible for the slow growth of the Palestinian economy during the past decade.

The 181-page report concludes that the Palestinian Authority has not done enough to build a prosperous economy despite its success in constructing institutions of government, according to AFP.

The PA has faced a fiscal disaster in the past few years and now relies almost exclusively on foreign donations to meet its $1.5 billion in unfunded debt obligations and $500 million of immediate expenses, reports Ahramonline. It cannot meet these financial challenges through domestic collections because the local economy of the West Bank has lost jobs and productivity in most of its industries. Gaza, after suffering through several years of crippling Israeli blockades, has virtually zero noteworthy internal economic growth.

According to the data published by the World Bank, the PA itself is the primary driver of economic growth in Palestine. This growth is not the result of loans or grants for commercial projects, but instead the result of government expansion. In a nation with a diverse economic base government hiring can be an effective method of stimulating growth. In a nation like Palestine, which has no domestic economy to prop up, government hiring is simply an added expense.

The World Bank made no attempt to avoid the fact that Israeli policies are primarily responsible for the stagnation of the Palestinian economy. Unfortunately, this conclusion has been hidden at the bottom of many media reports.

The aforementioned blockade of Gaza has turned what was once a prosperous region – with tourism, agriculture and local businesses – into a giant prison. Many consumer goods are infrequently available and, due to the high cost of smuggling them through the Israeli blockade, are often exorbitantly expensive.

Meanwhile, the continued expansion of Israeli settlements into the West Bank has destroyed or confiscated natural resources and productive land. These settlements compound the problem by flooding the Palestinian consumer market with subsidized goods. The imports send Palestinian income back to Israel to further enrich the Israeli economy at the expense of the West Bank.

Israel is not the only factor limiting Palestinian economic potential – poor leadership and planning in Ramallah have taken their toll as well – but many of the obstacles facing Palestine in the future can be easily overcome if not for Israeli interference. As it currently stands, the World Bank is staunchly pessimistic regarding Palestine’s potential to stand on its own as a legitimate state member of the international system.