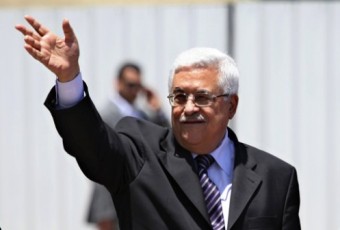 Israeli daily, Maariv, reported, Tuesday morning, that Israeli Foreign Minister, Avigdor Lieberman, instructed Israeli ambassadors in five European countries to sponsor ads in major newspapers attacking the Palestinian president, Mahmoud Abbas, and describing him as an obstacle to peace.Maariv stated that the World Jewish Congress will be funding these ads that will target Abbas, and “will be explaining the Israeli stance to Europe”.

Lieberman, of the fundamentalist Israel Our Home Party, made his decision despite objections raised by senior personnel at the Israeli Foreign Ministry who are not convinced that this is a smart move at the current time.

Maariv reported that the ads will be published in major newspapers in France, Spain, Germany, Italy, and Britain, and said that the essence of these ads is a direct attack on Abbas.

A senior official at the Israeli Foreign Ministry said that “such advertisements will harm Israel’s foreign policy, and its credibility in Europe’.

But Lieberman claims that Jewish communities in Europe offered to help the Israeli Foreign Ministry in media campaigns, or any other campaigns, meant at improving Israel’s image in Europe, and the Ministry asked them to start publishing these ads in major papers.

Israel was angered by the recent visit of Khaled Mashal, head of the Political Bureau of the Hamas movement, to Gaza, who said that his visit was a result of the victory of the resistance against Israel in its recent aggression on Gaza, and also stated that the Palestinians will liberate Palestine, the entire country, from the river to the sea by ongoing resistance and determination.

The new campaign against Abbas comes as Fateh movement, headed by Abbas, and the Hamas movement, appear to be closer than ever to reaching a reconciliation agreement and comprehensive unity in the Gaza Strip and the West Bank.

Israel is not interested in internal Palestinian unity, and wants to keep the Hamas movement isolated in the Gaza Strip.

Tel Aviv decided to continue to withhold Tax money it collects on behalf of the P.A on border terminals in the West Bank, to punish the Palestinian Authority in the West Bank for heading to the United Nations General Assembly, and the overwhelming victory it garnered in its nonmember state status application.

Meanwhile, the Arab Follow-up Committee decided, during its meeting Sunday in Doha – Qatar, to immediately implement a decision that was made during the Baghdad Summit late in March this year, by immediately starting the transfer of $100 Million to the Palestinian Authority every month. The P.A. needs at least $240 Million in order to be able to function properly.

Israel withholds around $150 million a month of Palestinian tax and customs money it collects on behalf of the P.A on border terminals in the West Bank as the P.A. has no control, or even presence, on borders terminals.