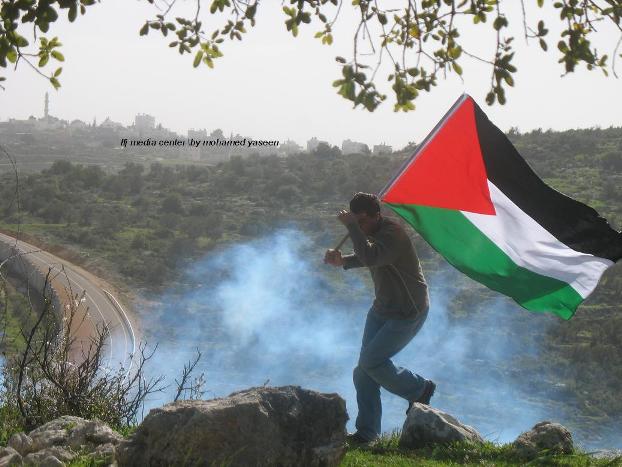 Israeli soldiers attacked, on Friday afternoon, the weekly nonviolent protest against the Annexation Wall and settlements, in Bil’in village, near the central West Bank city of Ramallah; dozens suffered the effects of tear gas inhalation. Similar attacks have been carried out against protests in different parts of the West Bank.This week’s protest was organized in solidarity with hunger striking Palestinian detainees held by Israel and facing ongoing violations, especially those on hunger strike protesting their illegal detention.

Dozens of Palestinian residents, Israel and International peace activists participated in the protest carrying Palestinian flags, and chanting slogans calling for resisting the illegal Israeli occupation, the destruction of the Apartheid Wall, and for the liberation of all Palestinian political prisoners held by Israel.

As the protesters reached the Abu Lemon area, adjacent to the Wall, Israeli soldiers, stationed on the other side of the wall, fired several gas bombs and sound grenades, in addition to firing rubber-coated metal bullets.

Dozens of protesters have been treated by local medics for the effects of tear gas inhalation.

The soldiers also chased dozens of protesters in an attempt to kidnap them, an issue that led to clashes as several local youths hurled stones at the soldiers.

Also in Ramallah, the soldiers attacked nonviolent protesters in Ni’lin nearby village, and fired rubber-coated metal bullets and gas bombs, several injuries have been reported.

In Kufur Qaddoum village, near the northern West Bank city of Qalqilia, three nonviolent protesters were injured by rubber-coated metal bullets, and several others were treated for the effects of tear gas inhalation after the army attacked the weekly protest.

The army attacked the nonviolent protesters as soon as they reached the roadblock installed by the army at the village entrance 10 years ago; soldiers stationed there attacked protesters with tear gas and rubber-coated steel bullets.

Two children and a journalist were hit with tear gas bombs fired by Israeli troops at protesters.

In Bethlehem, Israeli troops stopped the weekly anti wall protest at the Ma’sara village entrance, and forced people back into the village using rifle buts and batons to force the protesters away, no injuries were reported. 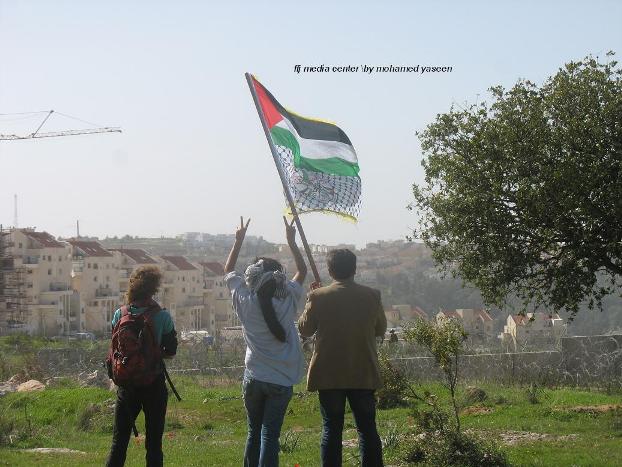