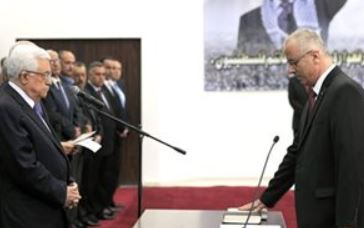 Sworn in as Prime Minister of the caretaker government on June 6, Hamdallah submitted his official resignation to President Abbas on June 23, due to protests resulting from the bad economic situation and the government’s inability to pay salaries and provide services.

His resignation also came in protest to a decision by Abbas to appoint two deputies under him.

Although various Palestinians factions, mainly Fateh and Hamas movements, agreed on May 14 to a three-month deadline to form a unity government in the occupied territories, the agreement was never implemented.

The agreement calls for forming an interim government of technocrats that would prepare for general elections.