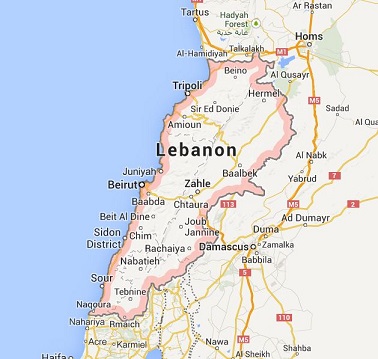 The official Lebanese National News Agency has reported that the attack targeted a center for the Popular Front for the Liberation of Palestine – General command (PFLP-GC).

“The Israeli enemy bombarded a PFLP-GC center in Wadi An-Na’ma, south of Beirut”, the agency said, The PFLP-GC is known for its support to Syria’s President, Bashar Assad.

In related news, the Israeli Army said that the four missile that were fired into the country hit residential area causing damage but no injuries.

Meanwhile, the Israeli military issued a statement holding the Lebanese army responsible for the escalation, and claimed that various “extremist jihadist groups are operating in Lebanon”.

On his part, Israeli Prime Minister, Benjamin Netanyahu, warned that “Israel will retaliate and will strike any country or group that tries to harm it”.

The Lebanese Army said that the missiles fired into Israel are Katyusha rockets, and added that it contacted the United National Interim Force in Lebanon (UNIFIL) in order to initiate an investigation and locate the persons behind the attack.

Lebanese President, Michael Suleiman, stated that what happened violates Lebanese sovereignty, and demanded the Lebanese army and security services to locate and apprehend the persons who fired the Katyushas into Israel.

Furthermore, Arieh Herzog, former head of Israel’s Defense Ministry’s Homa Missile Defense Agency, warned that such attacks against Israel “could push Tel Aviv to act in a dangerous and serious manner”, and that Tel Aviv can intercept missiles much better than in during its war with Hezbollah Party in southern Lebanon.

Yet he said that Israel does not have enough Iron Dome missile interception systems to cover every part of the country.

The new Israeli missile interception systems are said to be capable of hitting missiles as far as 70 kilometers away.