Child Injured After Settler’s Car Rams Her In Hebron 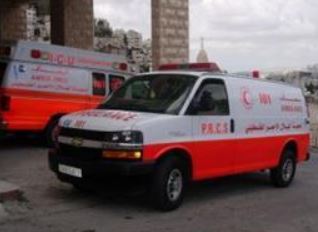 Thursday morning [September 19, 2013] A Palestinian child was injured after being rammed by a settler’s vehicle in an area south of Hebron city, in the southern part of the occupied West Bank.Medical sources said that the child, Jenan Makram Rajaby, 9, suffered mild-to-moderate injuries; she was moved to the Hebron Governmental Hospital in the city.

In related news, soldiers installed several roadblocks on a number of junctions in the Hebron district, including Halhoul Bridge, Jouret Bahlas area, and some main roads leading to the city of Hebron, and various nearby villages and towns.

Solider stopped and searched dozens of vehicles, and in interrogated the residents while inspecting their ID cards, eyewitnesses said.

Furthermore, dozens of soldiers broke into a car repair facility in Farsh Al-Hawa area, west of Hebron, and searched several cars at the facility.

Nearly two week ago, a Palestinian child was seriously injured after being hit by a settlers’ vehicle as she was walking home from school in Teqoua’ village, near the West Bank city of Bethlehem.

Several claims have been filed with the Israeli police and the military in the occupied territories regarding hit and run ramming incidents carried out by Israeli settlers, but no actual measures were taken on the ground.