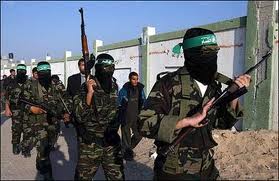 A senior Israeli military source told the Israeli Walla News Agency that the Palestinian Security Forces in the West Bank arrested a week ago members of what is believed to be a cell that planned to abduct an Israeli soldier.The source alleged that the cell reached an advanced level of planning and preparation for the attack, and even located a cave near the West Bank city of Ramallah to hide the body of the abducted soldier in an attempt to hold a prisoner-swap deal with Israel.

Israel’s Central Command of the Military believes the possible scenario that Palestinian fighters have nowadays is based on convincing a soldier to come to the Palestinian territories to conduct certain criminal deals, such as purchasing or selling drugs, or deals to sell weapons.

It said it fears some soldiers would be easily convinced to head to the Palestinian territories, and would then be abducted and killed, especially when taking into consideration it is difficult to hide a living soldier in the occupied West Bank.

According to security officials, the army and the Internal Security Agency have recently “uncovered 40 plots to kidnap Israeli soldiers”, but what worries Israel more is a scenario similar to what happened to Tomer Hazan who was killed, two months ago, in Beit Amin village, near the northern West Bank city of Qalqilia, after willing heading there.

An Israeli security officer said that the soldiers have strict instructions not to enter the occupied territories on their own, and not to hold any suspicious deals with the Palestinians, adding that the abduction of soldiers is a strategic threat to Israel and its military.

Walla News said the military is still interrogating Nidal Omar, from Beit Amin village, near the northern West Bank city of Qalqilia, for his alleged involvement in killing the soldier.

It added that the soldier was strangled to death before he was thrown into a well near the village, and that it seems that Nidal was aided by accomplices to carry out the abduction.

Israeli security officials said that they are becoming more convinced that Nidal’s brother, imprisoned by Israel, was aware of his brother’s plan to kidnap a soldier. Yet, no evidence of such a connection was ever found.