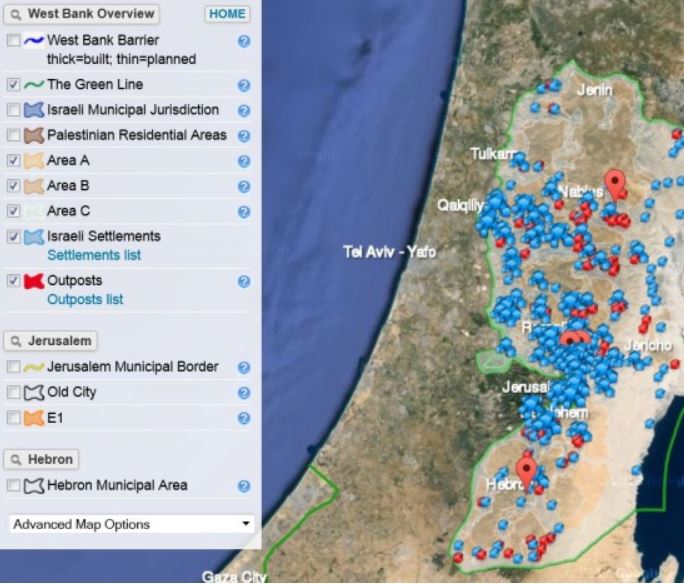 Israeli Peace Now Movement issued a press release denouncing a new Israeli decision of the Israeli Government of Benjamin Netanyahu, to build additional 1889 units for Jewish settlers in the occupied West Bank, and in occupied Jerusalem.Peace Now said that the tenders include 1.061 units in the West Bank, and 828 units in occupied East Jerusalem.

It added that the new tenders are the last stage before the actual implementation and construction of these illegal units starts.

The Movement further stated that only a few months after the tenders are published, winning bids are selected, and the contractors who won the bids may apply for construction permits and begin the actual construction just a few weeks, or a few months, later.

This is part of the serious and rapidly escalating construction and expansion of illegal Jewish settlements in occupied Palestine, to preclude any future outcome of direct peace talks with the Palestinians.

Israel’s illegitimate settlements, and its Annexation Wall, have turned the West Bank into isolated cantons, divided from each other, making the villagers separated from most of their lands, and have transformed several villages into open-air prisons after becoming completely isolated.

Commenting on the new Israeli decision, Peace Now said, “Whenever Netanyahu makes one small step towards peace, he makes two larger steps to make it harder to get peace”.

Furthermore, Peace Now also said that the Settlement Division of the World Zionist Organization published, last week, a tender for the construction of 30 units in Beit El settlement, near Ramallah.

— The new tenders as published by Israel’s Peace Now Movement;

Elkana – 283 units
Maale Adumim – 114 units (112 of them in neighborhood 06, and another two in neighborhood 07)
Karnei Shomron – 196 units – the settlement is located east of the built route of the Barrier
Givat Zeev – 102 units – at the Banana Hill neighborhood
Ariel – 18 units – in the eastern part of the settlement – east of the built route of the Barrier.
Adam (AKA Geva Binyamin) – 80 units – east of the Separation Barrier. The plan and the infrastructure were prepared for the evicted settlers of Migron who have chosen a different location, and now it is marketed for the general public.
Beitar Illit – 238 units – in neighborhood B2.

In addition, the Settlement Division of the World Zionist Organization published last week a tender to build 30 units in Beit El.

This is not a regular tender offering the rights to build and sell a construction project, but a special tender where the Government is funding the construction and will grant the buildings to a private body dedicated in advance.

This construction is part of the compensation deal that the Government signed with the settlers of the Ulpana Hill that was built on private Palestinian land and evicted following a court order.