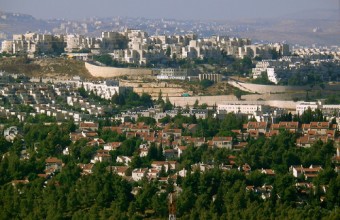 On Wednesday, the Jerusalem Local Planning Committee gave building permits for 184 settlement units in East Jerusalem, Israeli media reports.According to the PNN, the committee issued permissions for building 144 units in the Har Homa C neighborhood, and another 40 units in Pisgat Ze’ev. Building permissions were also issued in the Ramot settlement, for housing units designated for security and the police.

Yosef Allo, of the Meretz party: “City hall evidently thinks that the big boys are preoccupied with Ukraine and Crimea, and won’t notice these plans. Or, the city of Jerusalem thinks that the prime minister, Bibi Netanyahu, has given up and the chances of reaching an [agreement] are negligible. The municipality knows perfectly well that building beyond the Green Line, especially in Har Homa, hurts the chances of reaching an arrangement with the Palestinians.”

Last month Hight Representative of the EU Catherine Ashton expressed that she was “deeply concerned” by the Jerusalem Authorities continued expansion of settlements in East Jerusalem, and said that it could jeopardize the prospect of Jerusalem becoming the capital of two states.