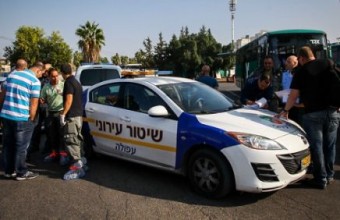 The Israeli soldier who was allegedly stabbed yesterday [Thursday, March 27, 2014], has admitted to the police that he made up the story, according to Haaretz.In his first version of events, he declared that he had been attacked by a group of Arabs in the Pisgat Ze’ev settlement neighborhood, in East Jerusalem.

He told the police that three Palestinians had stabbed him in his leg and that he was treated at the scene by Magen David Adom rescue personnel, the PNN reports.

After this, the Israeli police carried out a large search campaign in the city and said that they believed the incident had a ‘nationalistic motive’.

However, Haaretz reports now that the Israeli soldier has admitted that he was not stabbed, or even attacked, and that instead he just fell. As he was being interrogated on this by the police for a second time, he told them the whole story was made up and that no such attack had taken place.