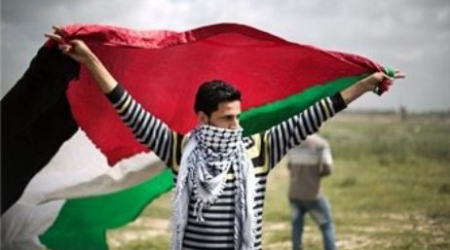 Israel has handed the PLO a proposal aimed at extending peace talks beyond an April 29 deadline, as efforts to salvage the negotiations come to a head.
(AFP/Al Ray) The fate of the US-brokered peace process could be decided within days, Israeli Prime Minister Benjamin Netanyahu said earlier, warning that ‘either the matter will be resolved or it will blow up’.

Netanyahu’s remarks to ministers from his right-wing Likud party came as US officials were working around the clock to prevent a collapse of the negotiations over a dispute about Palestinian prisoners.

‘In any case, there won’t be any deal without Israel knowing clearly what it will get in exchange,’ Netanyahu said.

According to a Palestinian official, Israel presented President Mahmoud Abbas with a draft agreement to push forward with the talks. Abbas was to examine the proposal during the night, he said.

An Israeli official would not provide details on the proposal but told AFP: ‘Now the Palestinians need to reply if they are willing to continue negotiations.’