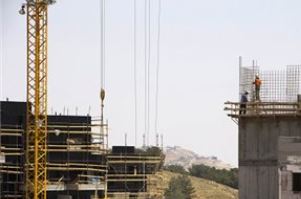 [Friday, May 16, 2014] Israeli Housing Minister, Uri Ariel, stated that he expects the number of Jewish settlers, illegally living in segregated settlements in occupied Palestine, to significantly increase, reaching a %50 rise by 2019.Ariel said that the political process with the Palestinians is dying, and that he expects more settlers to live in the occupied West Bank, including in occupied Jerusalem.

There are around 2.5 Million Palestinians living in the occupied West Bank and in occupied East Jerusalem, both illegally captured by Israel in the 1967 six-day war.

Settlements are illegal under International Law, and under the Fourth Geneva Convention, to which Israel is signatory.

Israel’s illegitimate settlements, and its apartheid wall, have turned the occupied territories into isolated cantons, and are depriving the Palestinians access to vast areas of their lands and orchards.

Settlements are strategically built in vital areas of the West Bank, such as hilltops, and the most fertile areas, rich with natural resources – mainly water and good soil, especially in the West Bank plains, in the Jordan Valley.