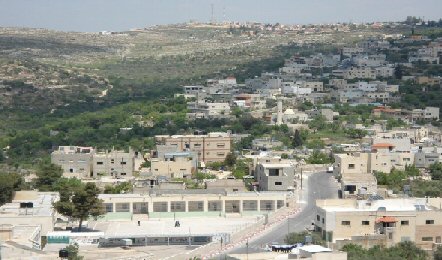 Israeli forces notified residents of al-Khader, to the south of Bethlehem, Saturday, of their intention to seize about 80 dunams of Palestinian-owned cropland, according to local activist Ahmad Salah. Also on Saturday, Israeli settlers assaulted Palestinian olive harvesters in Yasuf, near Salfit.Mr. Salah, who coordinates the al-Khader local committee against the wall and settlement, said that forces announced their decision to seize 79 dunums (approximately 20 acres) of cropland in Ras Salah and al-Thaghra area, located just adjacent to the nearby illegal Israeli settlement of ‘Daniel’.

The seized lands are intended for the construction of settlement units, parks, a synagogue and agricultural roads, according to WAFA Palestinian News & Info Agency.

WAFA notes that forces have denied landowners from accessing their lands for the last 20 days.

To the northeast of Salfit, in the vilage of Yasuf, seven Israeli settlers descended from the illegal Israeli settlement of Tafuh, built on land seized from the villagers, and assaulted several Palestinian farmers who were harvesting olives in the Khallet al-‘Ayn area.

An armed settler shot three bullets in the air, in an attempt to intimidate the harvesters, but no further injuries were reported.

The attack comes less than a week after Israeli settlers destroyed about 100 olive trees in Yasuf, as the Palestinian olive harvesting season gets underway, this month.

Settlers have been systematically assaulting Palestinians and their property across the occupied West Bank, WAFA further reports. The attackers often set fire to entire orchards or chop them down and release wild pigsonto the lands, causing extensive destruction to crops. Such assaults are ignored by Israeli forces, who frequently protect the settlers or simply stand by watching.

The attacks are meant to intimidate Palestinian farmers, disenfranchise and dispossess them in order to expand and facilitate further construction of illegal Jewish-only settlements.