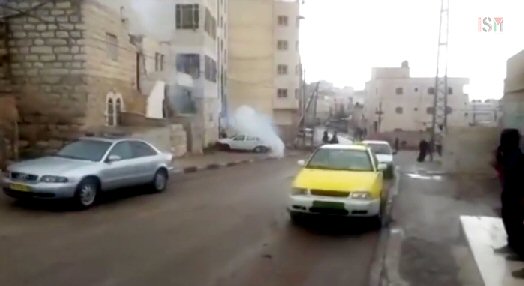 A small boy fell from his donkey close to the checkpoint and the donkey kicked the boy in the head and stood on his leg. The detained man ran through the checkpoint to pick the boy up but was soon followed by the Israeli border police who told the man to put the boy down and go stand behind the checkpoint. The boy was then tended to by international activists and other Palestinians in the area.