Why is the United Nations Doing Business with G4S? 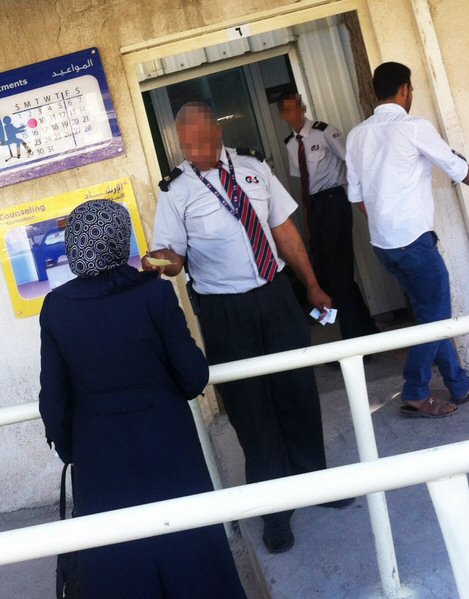 Excerpts from an open letter to United Nations Secretary-General Ban Ki-moon, by Kali Rubaii for Friends of Sabeel—North America:In early September, I accompanied an Iraqi friend to the United Nations High Commissioner for Refugees office in Amman, Jordan to help register him officially as a refugee. It was a bittersweet day: my friend had reached safety, but he was now registering as a stateless person. I trusted in the United Nations, particularly because of its solid stance against the occupation of Palestine and other human rights abuses, to protect the basic rights of my friend, a journalist, and his family: his young wife and their two delightful children.

Then I noticed something strange: there was a G4S logo on the gate attendant’s shirt. Because of my research on G4S for Friends of Sabeel—North America, I went on alert. I counted still more of the logos on the security cameras. With amazement, I began to realize that G4S was not only offering security for the United Nations office– G4S was also offering an usher-like service, moving people through lines, asking them to show IDs, and operating the entire interface between the UNHCR and the outside world.