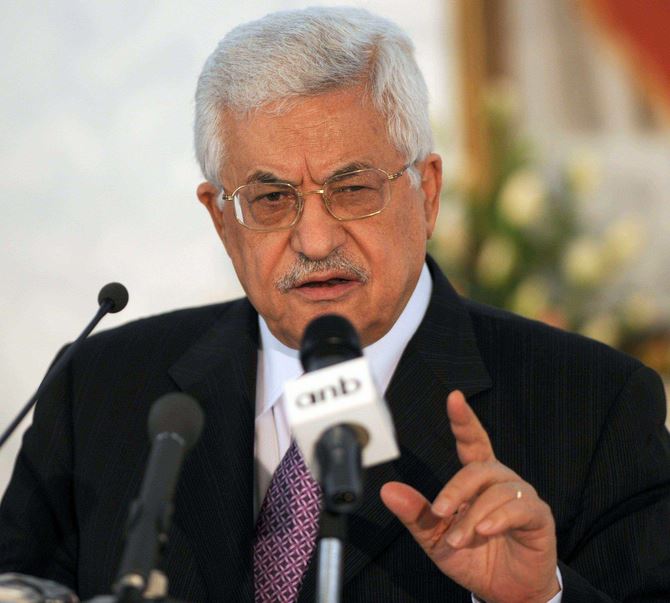 Palestinian President Mahmoud Abbas denounced the Jerusalem yeshiva attack that led to the death of four Israelis, and demanded Israel to stop its provocative attacks and invasions into the Al-Aqsa Mosque in the occupied City.Israeli Prime Minister, Benjamin Netanyahu, said, “Incitement by Abbas and Hamas movement” led to the attack.

Israeli sources said the attack led to the death of four Israelis, while around eight have been injured; the two attackers were also killed.

The Palestinian News & Info Agency (WAFA) said Abbas strongly denounced the attack, and that the Palestinian leadership always rejects attacks against civilians, and will always stand against violence no matter who commits it.

Abbas also demanded an end to Israel’s invasions into the Al-Aqsa Mosque in occupied Jerusalem, and an end to incitement practiced by Israeli ministers and senior government officials against the Palestinians.

“It is time to end this occupation, to end all causes of violence and tension; we are committed to the two-state solution, and implementing all related international legitimacy resolutions,” he said.

On his part, Israeli Prime Minister Benjamin Netanyahu said the Yeshiva attack in Jerusalem, carried out by two Jerusalemite Palestinians, “comes as an outcome of incitement by Abbas, and the Hamas movement.”

Netanyahu added that he will be holding a meeting with security and military leaders to determine the nature of the “Israeli retaliation,’ adding that the “Israeli response would be sharp and decisive.”

The two Palestinians who carried out the Jerusalem attack have been identified as Ghassan Abu Jamal and Odai Abu Jamal.

Israeli Internal Security Minister Yitzhak Aharonovich visited the site of the attack in Har Nov area, built on the ruins of Deir Yassin Palestinian village, said that police would be operating in every Palestinian area, everywhere in the country, and called on the Israelis to refrain from carrying out “retaliatory attacks.”

Israeli Strategic Affair Minister Yuval Steinitz said the “attackers carried axes, but the voice that moved them, was that of Mahmoud Abbas.”

Israeli Minister of Economy Ministry Naftali Bennett alleged President Abbas “declared war on Israel,” and said that Abbas “must be dealt with accordingly.”

Israeli Mayor of Jerusalem Nir Barkat called on the government to act and to conduct all needed measures to stop “the attacks, and ensure life goes back to normal in the city.”

Shas Party Head, Member of Knesset Arye Edrei, who lives in Har Nov settlement, said an attack targeting this area, could also take place anywhere in Israel should the government fail to act.

The recent developments came amidst sharply escalating Israeli assaults and violations, in addition to deadly attacks carried out by Israeli fanatics against the Palestinians in different parts of occupied Palestine, including in occupied Jerusalem.