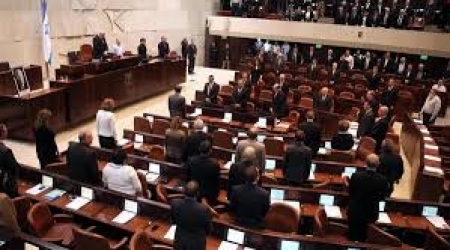 Attempts to pass legislation that would officially define Israel as the nation-state of the Jewish people are being held up by internal problems within Israel’s ruling coalition, problems which may ultimately result in new elections.

Although the legislation has yet to be drafted, its prime mover, MK Zeev Elkin (Likud) is pressing for it to include institutionalising Jewish law as an inspiration for future parliamentary legislation and canceling the status of Arabic as an official language, alongside Hebrew.

Passing the legislation was part of the pact to which parties agreed before joining the ruling coalition government. On Sunday, however, Justice Minister Tzipi Livni (Hatnua) exploited a bureaucratic measure to delay a vote on the bill in the Ministerial Legislation Committee, a move reportedly supported by the Yesh Atid party. Livni has previously expressed her disagreement with such legislation if it isn’t coupled with measures to ensure Israel’s democracy. Existing coalition tensions were exacerbated as the Jewish Home announced it would vote against all measures proposed by the two parties and Prime Minister Netanyahu announced that he himself would bring the proposed bill for discussion at next week’s government meeting. “This is a principled and important topic for the future of the Jewish people in the state of Israel”, he stated.

In May of this year, Netanyahu alluded to the timing of this legislation, stating it was vital at a time when aspects of Israel’s legitimacy were “under a constant and increasing assault from abroad and home”.

Given that the inherent contradictions and attendant policies between ‘Jewish’ and ‘democratic’ state are the driving force behind these “assaults”, such legislation will – and should – serve only to strengthen attacks against evolving apartheid rules.