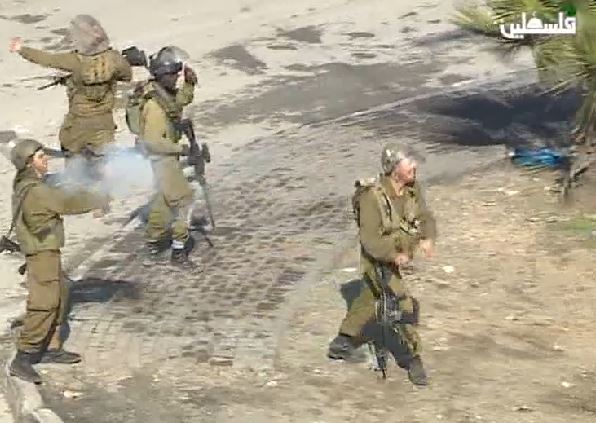 The Israeli Radio said Aharonovich has instructed the army and the security devices to conduct a series of measures against the Palestinians in occupied Jerusalem, including preventing the families of the two Palestinians from burying them in the city.

The Israeli official held a meeting with army and police commanders, in addition to senior Internal Security officials, instructed them to install more roadblocks in Palestinian neighborhoods, villages and towns in and around Jerusalem, and instructed the army to conduct detailed searches of every Palestinian who crosses those roadblocks.

He also ordered the deployment of four more brigades of Border Guard Units in various neighborhoods in Jerusalem.

In addition, Aharonovich instructed the deployment of police and army units in various areas in the country, and is weighing the possibility of resuming Administrative Detention policies against Jerusalemite Palestinians, to enable holding them indefinitely without charges or trial.

In related news, the Prisoner Support and Human Rights Association (ad-Dameer) has reported that the soldiers kidnapped, Tuesday, ten members of the families of Odai and Ghassan Abu Jamal, who carried out the attack against the Yeshiva earlier in the day.

The two are from Jabal al-Mokabber, southeast of Jerusalem.

The lawyer, Mohammad Mahmoud, said the soldiers kidnapped the father, mother and wife of Ghassan, the mother, uncle and brother of Odai. In addition to Forat, Monther, Jamal and Mo’awiya Abu Jamal.

He stated ad-Dameer would be following the cases of the kidnapped Palestinians, currently held at the al-Maskobiyya interrogation center, and added that the family refuses the autopsy the Israeli authorities intend to conduct, and are demanding the release of the bodies of the two Palestinians for burial ceremonies.

Also on Tuesday, a group of Israelis stabbed a Palestinian man in northern Jerusalem; the man Fadi Jalal Radwan, 22, was stabbed three times in the legs, and once in the back, before the assailants fled the scene, leaving him bleeding in the street.

He was eventually moved to a hospital in the city suffering serious injuries. http://www.imemc.org/article/69753