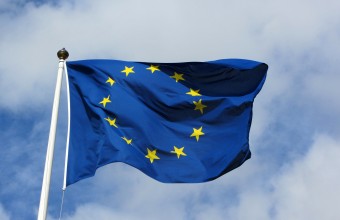 The European Union, Wednesday, made a contribution of approximately €23.5 million to the November payment of salaries and pensions for around 68,500 Palestinian civil servants and pensioners in the West Bank and the Gaza Strip. According to the PNN, this contribution, which is channelled through the PEGASE mechanism, is being funded by the European Union (€18.3 million) and the governments of Sweden (SEK 40.0 million or c.€4.3 million) and The Netherlands (c.€0.9 million earmarked specifically for PA salaries in the justice sector).

‘The European Union is making this important contribution to the Palestinian Authority budget to help pay the salaries of civil servants and pensioners. We are fully aware of the financial difficulties the PA is facing particularly at a time when it is working to assume its full responsibilities in Gaza. I would like to thank Sweden and the Netherlands for their contribution through the PEGASE mechanism. We hope that other donors will generously provide assistance to enable the PA to continue to function efficiently and effectively,’ EU Representative John Gatt-Rutter stated.

‘The Palestinian Authority has made significant tangible progress over the past few years in building the institutions of a future Palestinian state. The EU will continue to support these efforts not only in order to guarantee the delivery of essential services to the Palestinian people, but also, as part of its contribution to Palestinian state building’.

PNN notes that most of the EU’s assistance to the Palestinian Authority is channelled through PEGASE, a financial mechanism launched in 2008 to support the PA Reform and Development Plan (2008-2010) and subsequent Palestinian national plans.

As well as helping to meet a substantial proportion of its running costs, European funds support major reform and development programmes in key ministries, to help prepare the PA for statehood.

Since February 2008, around €1.8 billion have been disbursed through the PEGASE Direct Financial Support programmes. In addition, the EU has provided assistance to the Palestinian people through UNRWA and a wide range of cooperation projects.