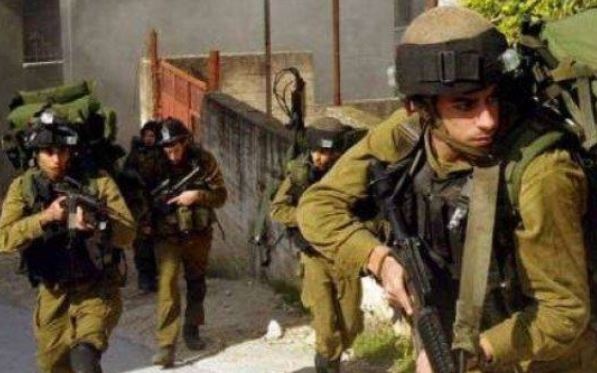 Clashes took place, on Thursday morning, in different parts of occupied East Jerusalem, while dozens of soldiers have been deployed in various parts of the city; soldiers also kidnapped five children.Local sources have reported that clashes took place near the Israeli military roadblock, on the main road leading to the Shu’fat refugee camp, in the center of occupied Jerusalem, after the soldiers closed the roadblock, and prevented the residents from crossing.

The soldiers fired gas bombs and concussion grenades, and sprayed the residents with waste-water mixed with chemicals, while local youths hurled stones and empty bottles at them.

The WAFA News Agency has reported that clashes also took place in different neighborhoods in Silwan town, south of the Al-Aqsa Mosque, and that the soldiers kidnapped five children before taking them to an interrogation center in the city.

More clashes took place in Silwan town overnight and during morning hours, while the dozens of soldiers surrounded all roads leading to the town, stopped and searched dozens of cars, and investigated the ID cards of the passengers.

On Wednesday at night, clashes took place at the main entrance of the al-‘Ezariyya town, southeast of Jerusalem.

In addition, overnight clashes took place in Wadi al-Joz neighborhood, and the soldiers also fired gas bombs and closed the main road of the neighborhood until early morning hours.

Clashes are still taking place in different parts of the occupied West Bank, and Jerusalem.

On Wednesday evening, clashes took place in the ar-Ram and ‘Anata towns, extending until midnight near the Qalandia terminal, north of Jerusalem.

Protests took place in different parts of the occupied West Bank and Jerusalem following the Wednesday death of Palestinian Minister Ziad Abu Ein, who was violently assaulted by Israeli soldiers during a nonviolent activity near Ramallah.

Autopsy confirmed Abu ‘Ein, whose death was captured on tape while the soldiers were assaulting him, died due to excessive force, choking, and due to severe effects of tear gas inhalation.

Head of the Palestinian Forensic Center Dr. Saber al-‘Aloul said primary results of the autopsy revealed that Minister Abu ‘Ein died due to excessive use of force by the soldiers, especially since he was repeatedly struck in the face, and was choked.

Al-‘Aloul said Abu ‘Ein lost several front teeth when the soldiers punched him on his mouth and face, and that he swallowed some of the teeth that became lodged in his throat.

Clear signs of beating were found on his body, while his neck showed choking marks and signs of violence, including on his thyroid cartilage.