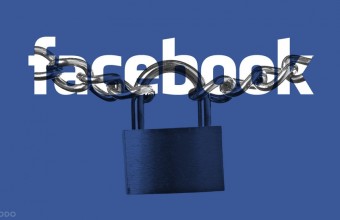 Eight Palestinian citizens of Israel were arrested, Monday, on charges of ‘inciting anti-Jewish’ violence through their online postings, in a move by the Israeli state to criminalize all dissent.Media website ‘Addicting Info’ reports, via PNN, that a police spokesman said the residents of occupied east Jerusalem were charged with ‘inciting hatred, violence and terrorism’ against Jews and Israeli security forces, by posting criticisms on Facebook.

The move comes as part of a social media sting, the latest phase described by police as the ‘biggest aimed at repressing this kind of incitement to violence on social networks and the Internet.’

In November, Palestinian citizen Mahmoud Asila was arrested for posting a picture on Facebook which claimed he was in support of the attacks carried out by Palestinians against the Israeli forces occurring in the West Bank.

The problem for Israel is that, as the West Bank is illegally occupied, the Fourth Geneva Convention asserts the same right of Palestinian citizens to armed resistance against occupying forces.

Israel is, therefore, not only in breach of International Law by illegally occupying the land of the West Bank, but is now jailing those who express views in accordance with International Law.

The situation in Israel, today, is that if you are of Palestinian descent, the rules of civil society do not apply to you.

The ‘Jewish Nation State’ bill recently approved by the Netanyahu cabinet makes maintaining the Jewish character of the state the priority in all matters of law and justice, restricting national rights to Jews only.

According to the PNN, Knesset speaker Yuli Edelstein recently said that a Christian lawmaker’s request to display a Christmas tree in the Israeli parliament is part of an Arab campaign to weaken Israel’s Jewish nature.

Edelstein, who refused the Christmas tree display in the parliament said that the tree evokes ‘painful memories’ among Jews.

In a Thursday interview with Israel Radio, Edelstein added that a Christian’ symbol in the parliament will be seen as offensive, and that the Christian parliamentarian who put in the request can display a tree in his own office and party’s conference room.

While Israel maintains the pretense that it constitutes some democratic oasis in an Islamic desert of incivility, the truth is far removed. Israel is a racial apartheid state, where citizens have fundamentally different rights based on the ethnic group to which they belong.

Details at the PNN.