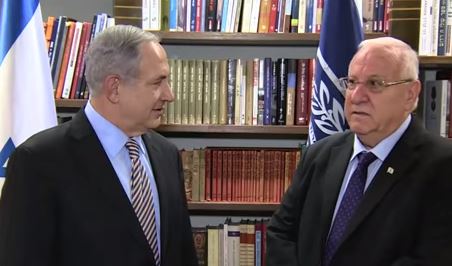 Israel will be lobbying the U.S.’ Congress to enforce legislation to freeze funds for Palestine, should Palestine lodge charges at the ICC. Israel’s decision to withhold Palestinian tax funds caused presidential “double speak” in Israel and could be the final straw that breaks the back of the 1993 Oslo Accords. The Israeli daily Haaretz, on Jan 5, quoted “a senior Israeli official” as saying that Israel would lobby the U.S. Congress to enforce the end to the United States’ funding of Palestinians under the so-called Stopgap Funding Bills in the case that Palestine files charges against Israelis at the International Criminal Court.

The Israeli lobby, including AIPAC and others is considered as the single-most influential and well-financed foreign lobby in the United States. Former U.S. Congresswoman Cynthia McKinney and others repeatedly stressed that the Israeli lobby has an unwarranted and illegal sway over U.S. elections, including elections to the Congress.

The Stopgap funding bill was passed by Congress in December and contains the unequivocal provision that the United States shall halt funds to the Palestinian Authority if Palestine files charges against Israelis at the ICC. The bill was crafted so that U.S. President Obama couldn’t waive the decision. Whether he would attempt to override Congress on that matter or not is an entirely different subject. Presidential elections will come up in the U.S. in 2016.

The decision of the Cabinet of Israeli Prime Minister Benjamin Netanyahu to withhold Palestinian tax money over the PA’s submission of 22 international treaties, including an accession to the Rome Statute and ICC membership caused sharp Palestinian as well as international criticism. It also caused controversy in Israel and in the USA.

Israeli President Reuven Rivlin criticized the Netanyahu Cabinet’s decision. Speaking to a group of 30 Israeli envoys to Europe, Rivlin said that the decision to withhold almost half a billion New Israel Shekels in Palestinian tax revenue was damaging to Israel.

Rivlin’s and Israel’s riveting doublespeak. Rivlin described both the withholding of Palestinian tax revenue as well as the Palestinian Authorities accession to the Rome Statute and ICC membership as “violations of the 1993 Oslo Accords”.

He added, however, that “Israel was forced to respond”. Rivlin noted that the transfer of Palestinian tax funds “benefits both us and them”, adding that “Palestinians use these funds to sustain themselves and keep the PA functioning. Israel’s interest i a functioning PA”.

Other Israeli officials blasted Palestine, the PA, Fatah, Hamas, the PFLP and other factions for “not recognizing Israel as a State”, forgetting to mention that Israel strongly lobbied the United States and Australia to reject the recent, Jordanian-sponsored Palestinian draft resolution at the UN Security Council that called for a full Israeli withdrawal from Palestinian territories by 2017.

Various Palestinian factions cite different reasons for not recognizing Israel. One of them is that Israel insists on a recognition as “Jewish State”, causing serious concern about Palestinian / Israeli Christians and Muslims.

The question of a recognition of Israel implies the question: “What Israel”. Israel, including the Israeli occupied Syrian Golan, East Jerusalem, so-called “settlements” in the West Bank, parts of Lebanon which Israel still holds occupied? An Israel after yet unspecified “land swaps”?

Yet another question is the internationally guaranteed right of return of Palestinian refugees and their families to their homes in what is now designated as Israel or Palestine, the repossession of their homes and properties, and Israeli “offers” of “economic compensation via the international community”.

Although many would describe President Rivlin’s statement as business as usual and Israeli doublespeak, Rivlin is correct with regard to the Oslo Accords.

Progressive Palestinian factions as well as progressive members of the governing, moderate socialist Fatah have long described the 1993 Oslo Accords as “dead and buried”.

Israel is still holding prisoners which it should have released under the provisions of the Oslo accords and has re-arrested others which it had released.

Israel continued its expansion of so-called settlements and outposts, accelerated the demolition of Palestinian’s homes, increased the Judaization of Jerusalem, the harassment of Christian and Muslim communities, the obstruction of their religious rights under the pretext of security, and on and on.

Final Straws? Ironically, the latest Israeli response may not only be the final straw that breaks the back of the camel called Oslo Accords. The U.S. Senate’s bill to withhold funds for the Palestinian Authority if it files charges against Israelis at the ICC may also be one of the final straws before the back of the quasi-legal International Criminal Court breaks and the ICC becomes disclosed as what it is. An instrument to provide the appearance of legitimacy for the selective abuse of international law.

The UNDOF withdrawal leaves a 12 – 16 km wide corridor uncontrolled by the UNDOF. In 2013 it transpired that Israel is providing support for Jabhat al-Nusrah, which includes a joint intelligence and military operations room in the Israeli occupied Golan, logistic support, weapons, field hospitals, and direct combat support. (Map plotting by Christof Lehmann) 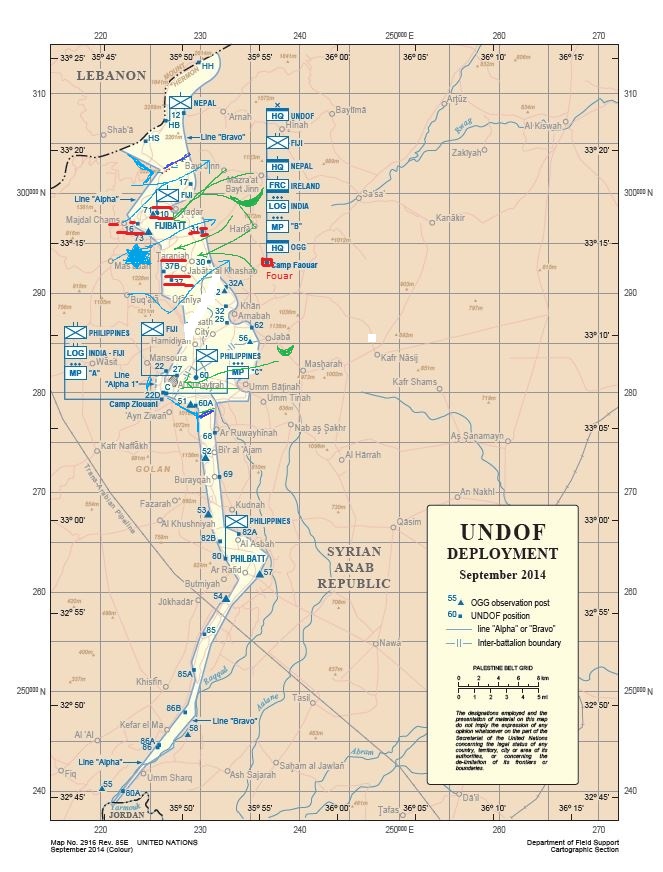