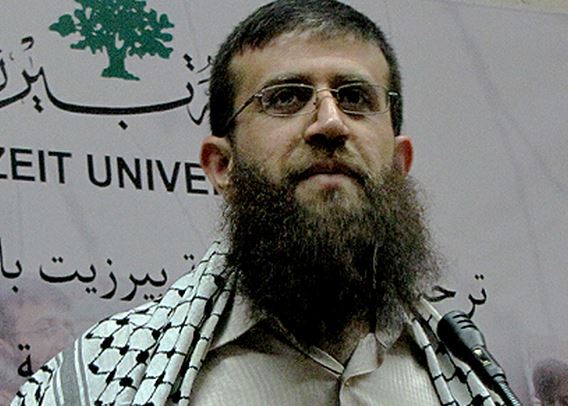 The family of Palestinian political prisoner Khader ‘Adnan, 37 years of age, said their son started his most recent hunger strike on January 6, protesting the renewal of his arbitrary Administrative Detention policy, without charges or trial.The family said it received a letter, smuggled by the detainees from the Hadarim Israeli Prison, informing them their son started a week-long hunger strike, as an initial step towards protesting his continued detention.

‘Adnan was informed that, for the second consecutive time, the Israeli Prison Authority has decided to renew his arbitrary detention for an additional six months.

He was also moved into solitary confinement, and was denied the right to any visits, including the right to meet his defense attorney.

The detainee held his first hunger strike when he was imprisoned under Administrative Detention in 2012, and was released in April the same year. He agreed to end his 62-day hunger strike when the Israeli Authorities promised his release.

On July 8 2014, the army kidnapped ‘Adnan and slapped a six-month Administrative Detention on him, and on December 11 2014, the Salem Israeli Military Court ordered his immediate release, but the Israeli prosecution appealed the decision.

Adnan is from the town of ‘Arraba, near the northern West Bank city of Jenin; he was born on March 24 1978 and was imprisoned by Israel ten times. He is a married father of five children.