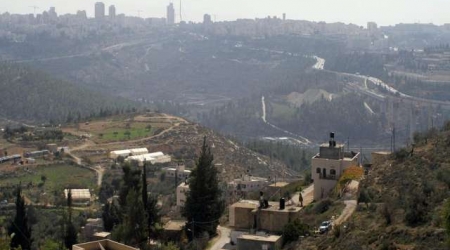 Brussels has officially condemned the Israeli regime’s announcement of 450 new housing units to be built in the occupied West Bank and Jerusalem.The Deputy Prime Minister and Belgian Foreign Minister Didier Reynders released a statement of condemnation this past Wednesday.

The statement said, according to Al Ray Palestinian Media Agency: ‘These decisions may exacerbate the tense situation on the ground, and also undermines the possibility of reaching a two-state solution.’

It also noted that Belgium considers these settlements to be illegal under international law and constitute an obstacle to peace, calling on Israel to reconsider these decisions and to end settlement activity in East Jerusalem and the West Bank.

An Israeli NGO specialized in following up on settlements reported that the government of Benjamin Netanyahu issued, last Friday, tenders for the construction of 450 new housing units in the West Bank and Jerusalem.

Settlements in occupied Palestine are Jewish civilian communities built on lands occupied by Israel during the 1967 Six-Day War. Such settlements currently exist in the West Bank, East Jerusalem and in the Golan Heights.

However, Israeli settlement expansion has continued unabated, despite official condemnation and what would appear to be little more than routine denuciatory rhetoric by almost all other nations, including the UN.