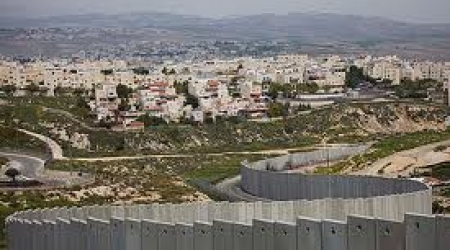 The Israeli Ministry of Interior transferred a grant of 62 million New Israeli Shekels (NIS) for Israeli settlement regional councils, last December, to encourage the building of settlements, claiming that they did not receive aid from the Jewish Agency for Israel, an Israeli report revealed.According to Al Ray, the report explained that the assistance, provided annually by the Ministry of the Interior, was transferred at the end of the last year despite Israel’s commitment to reduce this aid.

Furthermore, according to the report, the Jewish Agency provided financial assistance to small settlements built inside the Green Line, and the Israeli Ministry of Interior provide similar assistance to West Bank settlements.

Although the aid coming in from the Jewish Agency stopped in 2003, because of financial difficulties, Israel continued to transfer hundreds of millions of shekels as part of an aid package to local authorities of settlement in the West Bank.

Israeli settlements in occupied Palestine are Jewish-designated civilian communities built on lands occupied by Israel during the 1967 Six-Day War. Such settlements currently exist in the West Bank, East Jerusalem and in the Golan Heights.

Settlements also existed in the Gaza Strip until Israel evacuated them in 2005, under a unilateral disengagement plan. Following this move, the siege was imposed and the conflict in the region increased to a devastating level.

However, Israeli settlement expansion has continued unabated, despite official condemnation by almost all other nations and the UN.