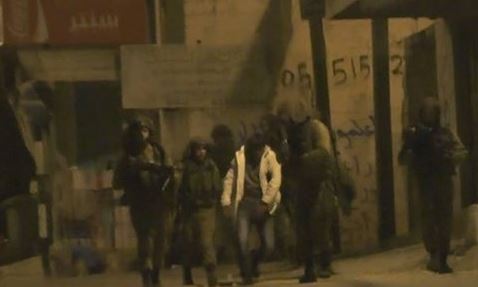 Israeli soldiers invaded, on Saturday at dawn, the villages of Zawata and Tal, near the northern West Bank city of Nablus, and kidnapped three Palestinians.Several military vehicles invaded Zawata from different directions, before the soldiers stormed and searched a number of homes, and kidnapped Islam Mahmoud Yameen, 23 years of age.

Owners of some of the invaded homes have been identified as Abdul-Rahim Mohammad ‘Affana, Abdul-Rahman ‘Awad Yameen, and Mahmoud Salim Yameen.