Abbas: “Releasing All Detainees Is The Foundation Of Any Future Peace Deal” 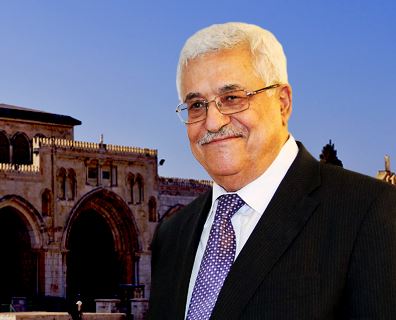 On Thursday evening, just a few hours before April 17, the Palestinian Prisoners’ Day, Palestinian President Mahmoud Abbas said the release of all political prisoners, held by Israel, is a top priority and one of the cases to be filed to the International Criminal Court (ICC).
Abbas added that the 6000 Palestinian detainees must be released under any future peace agreement with Tel Aviv.

“We demanded, and we are demanding again, all governments and every international institution, to act and provide the detainees with the legal protection they need,” Abbas said, “The detainees must be released, and must enjoy their full rights.”

“The Israeli violations against the detainees are known, and are documented by all related United Nations and Human Rights institutions,’ he added, “The detainees’ case, without a doubt, will be one of the files submitted to the ICC.”

He also said the Israel must realize that its violations, prisons, its settlements, its illegal annexation of Lands, crimes and withholding Palestinian tax money, will just lead to more tension, and will distance the region further away from a just and comprehensive peace.

Abbas stated that peace is based on ending the Israeli occupation, Israel’s withdrawal from all of the territories it captured in 1967, including Jerusalem, and the establishment of a sovereign and independent Palestinian state, with Jerusalem as its capital.

He also said that the Right of Return of the Palestinian refugees, as stated by UN General Assembly resolution #194 and the Arab Peace Initiative, is a legitimate right that cannot be abandoned, or ignored.

“We are still extending our hands for peace, real peace between neighbors,” Abbas added, “A peace based on sovereignty, stability and justice.”

“We strongly condemn groups and parties responsible for dragging the refugees into this conflict,” Abbas added, “We demand them all to leave the refugee camps, to stop attacking and killing them; the refugees are temporary guests who must be able to return to Palestine.”