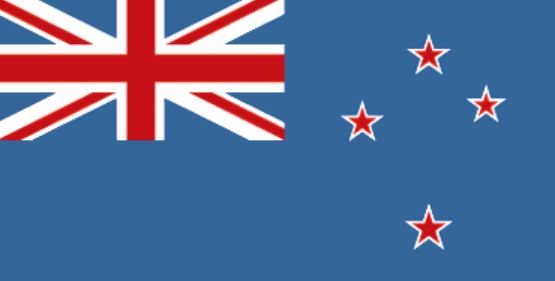 The Associated Press has reported that New Zealand, a member of the U.N. Security Council, is preparing a draft resolution meant for reviving the stalled political talks between Israel and the Palestinian Authority.
New Zealand’s United Nations ambassador Jim McLay stated Tuesday that his country has friendship with both Israel and the Palestinian Authority, and wants the Security Council to focus on what he called a “practical outcome.”

He added that his country was working on a suitable text that would ensure direct Israeli-Palestinian peace talks are resumed.

McLay stated that the timing of this initiative is good for advancing peace after the elections in Israel, and before the US becomes entangled in the presidential campaign in 2016.

The official added his country was willing to support the French peace initiative, if it has chances of success, but stressed that the essential issue is that a political move is needed soon.

McLay said his country is just trying to ensure the resumption of direct talks, and is willing to wait and see whether the French initiative for a similar resolution can achieve the desired progress.

In December of last year, the U.N. Security Council voted down a resolution setting a two-year timetable for ending the Palestinian-Israeli conflict through a negotiated agreement that would lead to an independent Palestinian State.

The United States kept threatening to use its Veto power to topple the vote, but eventually manage to pressure several countries into opposing it or at least abstaining. The resolution needed nine votes to pass.

Both Israel and the United States conducted an extensive international campaign to convince world countries to vote against the Palestinian resolution, especially since the US did not want to be “pushed” to use its Veto power to topple it.

The United States voted No to the resolution that called for ending the Israeli occupation through a full withdrawal from the West Bank and occupied East Jerusalem, and for establishing an independent Palestinian State by the end of 2017.

Meanwhile, both France and Britain are trying to have the UN Security Council restart direct Palestinian-Israeli peace talks, while the United States said it might reconsider its stances regarding the stalled peace talks.

Last month, France said it wants to begin talks with world countries to prepare a draft, setting the parameters for resolving the conflict, and was hoping that the United States would be part of this effort.

Russia Today has reported that the French UN Ambassador Francois Delattre said during a Security Council meeting, ‘the Council has the responsibility to adopt a balanced and consensual resolution that sets the parameters, and timeline, for direct Palestinian-Israeli peace talks.’

It is worth mentioning that Israeli Prime Minister Benjamin Netanyahu declared last month he was against any solution that would lead to establishing a Palestinian State.

On Monday, both Israel and the United States refrained from attending a UN Human Rights Council session on the last summer’s 50-day Israeli war on Gaza.

Recently, United Nations Envoy Robert Serry told the Security Council that it must step in and provide a framework for direct peace talks, setting the parameters for achieving peace.

Serry added that goal of reaching a two-state solution is threatened, and this might be the only way to save it.

The Ministry of Health in Gaza said that around 2140 Palestinians, including 577 children, were killed in the Israeli onslaught; dozens of Palestinians died of their serious injuries in the months the followed the war.

Israel’s occupation of Palestine is in direct violation of all related United Council resolutions, including 242, 338, 194, calling for a full withdrawal from all the territories it captured in 1967, including occupied East Jerusalem, and the Right of Return of the Palestinian refugees.

The Israeli colonies in the occupied territories, including in and around occupied East Jerusalem, are illegal, and violate the Fourth Geneva Convention, to which Israel is a signatory.

It is worth mentioning that Israel conducted it largest and most extensive construction and expansion of illegal settlements in the occupied territories during the period between the first Oslo peace agreement of 1994 and the beginning of the Second Intifada in late September of 2000.