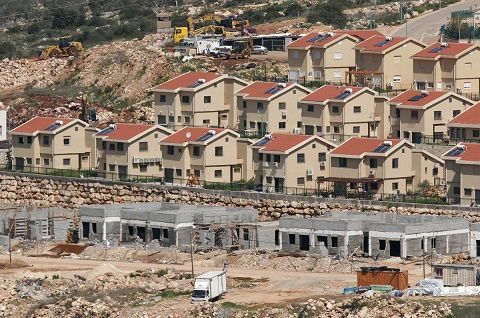 Israeli sources reported Friday that an agreement was reached between Israeli Prime Minister Benjamin Netanyahu and the “Jewish Home” Party, to legalize random colonial outposts, built on Palestinian lands, in the occupied West Bank.Israeli Channel 7 has reported that the agreement came following pressure from the head of the Jewish Home Party, legislator Naftali Bennett, as part of an agreement to join the right-wing coalition government.

After the new government is formed, Cabinet Secretary Avichai Mandelblit will be heading a committee to formulate a framework meant for legalizing outposts, built by Israeli settlers on Palestinian lands, without the government approval.

Representatives of the Israeli Defense Ministry, Agriculture Ministry and Justice Ministry are also part of the new committee.

The struck deal requires the new government to start the actual preparations one month after it is formed.

The committee will be discussing and finalizing all legal issues to “legalize” the outposts, before submitting its report within sixty days after its formation, and the government will then approve and implement the recommendations.