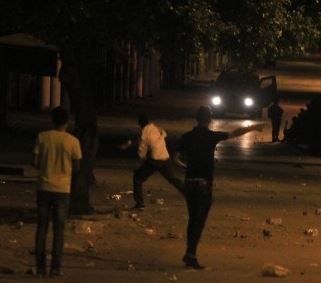 Medical sources have reported, late on Thursday at night, that at least eight Palestinians have been injured after Israeli soldiers, and settlers, invaded the northern West Bank city of Nablus, leading to clashes with local youths.The sources said the soldiers fired rounds of live ammunition, gas bombs and concussion grenades, leading to eight injuries, while many residents suffered the effects of tear gas inhalation.

The eight Palestinians were moved to the Rafidia governmental hospital, while medics provided medical treatment to many residents who suffered the effects of tear gas inhalation.

The clashes were focused in the eastern area of Nablus city, after dozens of army vehicles and Israeli settler buses, invaded it heading to the Joseph Tomb area, bear the Balata refugee camp.