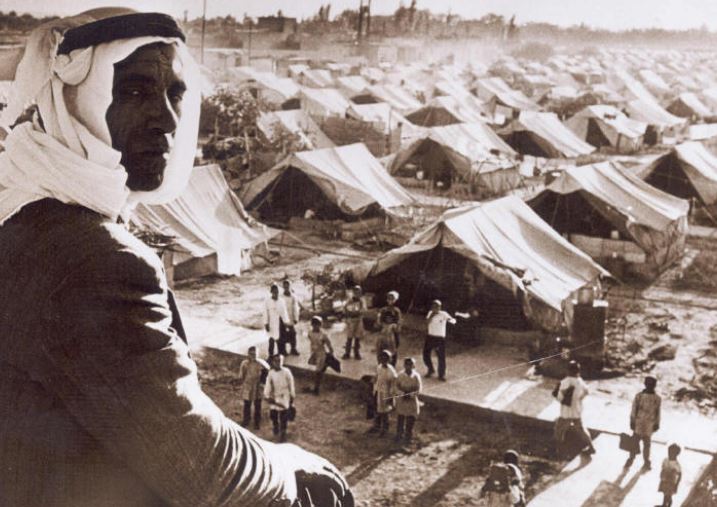 Thousands of Palestinians marched, on Thursday at night, in the northern West Bank city of Nablus marking the 67th anniversary of the Nakba, when Israel was established in the historic land of Palestine after depopulating hundreds of Palestinian villages and towns.The residents carried torches, Palestinian flags and signs affirming their legitimate rights of independence, and return.

Nablus Governor Akram Rajoub stated, “Despite all of Israeli crimes, violations and massacres, the Palestinian people remain steadfast, and determined to achieve their legitimate rights.”

“Marking the Nakba Day is a clear message to the colonialist settlers, the government of this occupation, and all who support them, that the Palestinians will never abandon their rights,” Rajoub stated.

In addition, Nasr Abu Jeish, coordinator of the Palestinian Factions Coordination Committee, stated that this procession is a message to the Israeli occupation that the Palestinians are here to stay, to remain steadfast in their land, in their Palestine.

“Despite the Nakba, the ongoing aggression and crimes, our people are here to stay, in their homeland,” Abu Jeish said, “The struggle continues until liberation and independence.”

More than 700.000 Palestinians were removed from their villages and towns, while at least 530 villages and towns were depopulated and destroyed during the Nakba of 1948, before Israel was established in the historic land of Palestine.