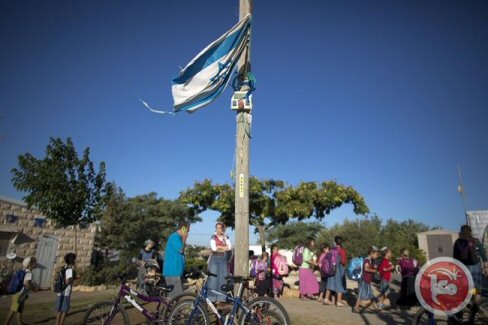 Israeli Prime Minister Benjamin Netanyahu, Wednesday, ordered the suspension of a controversial measure banning Palestinians from riding the same buses as Jewish settlers when returning from Israel to the West Bank.The announcement came several hours after a three-month pilot project which was approved by Defense Minister Moshe Yaalon went into action.

The ban was immediately attacked by rights groups and the opposition, who denounced it as an ‘unprecedented’ move that heaped unnecessary humiliation on the Palestinians and would ultimately damage Israel.

‘Under a three-month pilot project, Palestinians who work in Israel will, starting Wednesday, need to return home by the same crossing without taking buses used by (Israeli) residents’ of the occupied West Bank, a defense ministry official told AFP.

Thousands of Palestinians travel each day to work in Israel, mainly in the construction business, using travel permits each time they cross.

But the move was quickly stopped by Netanyahu, an official in his bureau told AFP.

‘The proposal is unacceptable to the prime minister. He spoke with the defense minister this morning and it was decided that the proposal will be frozen,’ he said.

Under terms of the arrangement, Palestinian commuters’ outward journey would remain unchanged but for their return trip they would have to board special Palestinian-only buses, which would have dropped them off at the same checkpoint where they crossed.

They would cross the checkpoint on foot, then make their own way home.

Before, they were able to catch any buses returning to the West Bank, serving both Palestinian commuters and settlers.

Public radio said Yaalon had agreed to the ban as it would allow for ‘better control’ of the Palestinians and ‘reduce security risks.’

Israeli settlers in the West Bank have called for years for Palestinians to be banned from public transport there, arguing their presence poses a security risk.

The ban would have come as further legislation taken by Israeli authorities that hinders Palestinian movement across the West Bank while effectively creating separate transportation infrastructure for Israel settlers and military vehicles and Palestinian use.

Rights groups have slammed the separation of infrastructure, as well as Yaalon’s bus ban, as racial segregation.
‘It is time to stop hiding behind technical arrangements … and admit this military procedure is thinly veiled pandering to the demand for racial segregation on buses,’ a statement by Israeli rights group B’Tselem said in 2014.

At the time of the defense minister’s proposal of the plan last year, Israeli media reported that measure contradicted the view of the Israeli army, which does not see Palestinian commuters on Israeli transport as a threat, since the workers go through security vetting before receiving their travel permits.

In 2013 the Israeli government was criticized by the international community for its decision to launch separate bus lines for Palestinians in the occupied West Bank as a result of complaints from settlers.

The ultimate decision to suspend the segregation plan comes as a surprise to many anticipating greater settler representation in the Israeli Knesset.