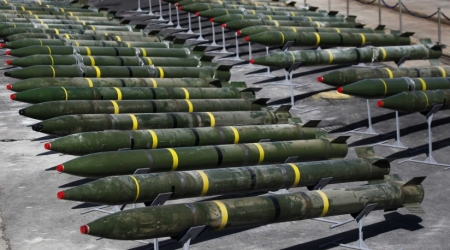 Israeli media, on Wednesday, reported that US Congress has approved a new weapons deal with Israel. Hebrew Channel 7 said that the deal will include 50 model BLU-113 bombs and 700 BLU-109, in addition to some 3,000,000 rockets.

The US State Department alleged that the deal is part of the United States’ commitment to keep the ‘security’ of Israel, according to Al Ray Palestinian Media Agency.

The Israeli military ministry welcomed the deal and said that it is part of a plan to be implemented in phases, and will last for several years.