Jerusalem Child Injured After Being Rammed By A Settler’s Car 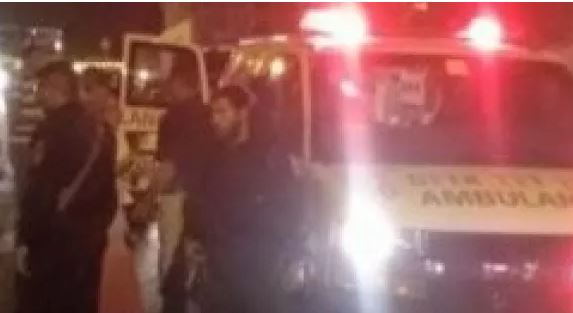 Palestinian medical sources have reported that a child was injured after being struck by an Israeli settler’s car, in Ras al-‘Amoud area in Silwan town, in occupied East Jerusalem.
The sources said the child, Hani Eskafi, 15 years of age, suffered various cuts and bruises when the car struck him while riding his bicycle, and apparently drove away.The incident took place near Ma’ale ha-Zeitim illegal settlement, in Ras al-‘Amoud area; medics provided the child with the needed first aid and moved him to Hadassah Hospital.

Paramedic Hani Zeidani said the child suffered various cuts and bruises, and that settlement guards told the family they managed to obtain the information of the driver.
The guards did not provide further information to the family, and told them they needed to file a complaint with the Police.

On Thursday, May 7, a young man was injured after being struck by a speeding Israeli settlement bus, near the southern West Bank city of Hebron. http://www.imemc.org/article/71497

On Tuesday, April 28, a child was moderately injured, in Yatta town, south of the southern West Bank city of Hebron, after being hit by an Israeli settler’s car. http://www.imemc.org/article/71382

There have been hundreds of ‘hit and run’ incidents that largely went uninvestigated by the Israeli authorities, in different parts of the occupied West Bank, even though many of those incidents have led to fatalities.

One of those incidents is the case of Enas Dar Khalil, five years of age, who was killed in 2014, and the settler who killed her fled the scene. http://www.imemc.org/article/69447