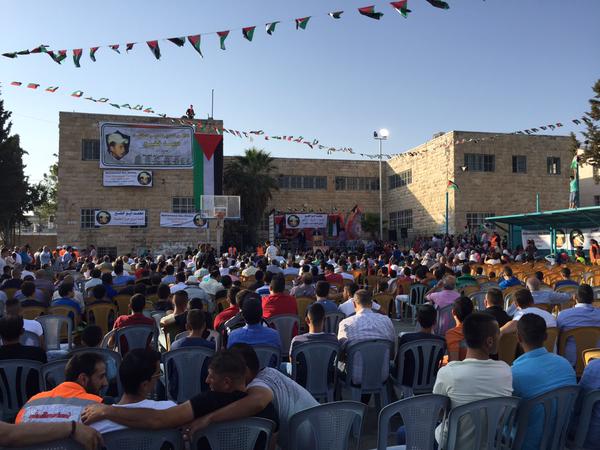 As hundreds of Palestinians gathered in the Shoafat neighborhood of East Jerusalem Thursday, one year after 16-year old Mohammed Abu Khdeir was brutally tortured and burned alive by a group of fanatic right-wing Israelis, Israeli troops amassed around the neighborhood and attacked the marchers with tear gas and pepper spray.The march was followed by a commemoration ceremony that included Christian and Muslim leaders, and one Palestinian member of the Israeli Knesset (Parliament).

Israeli riot police deployed throughout the area around the march and ceremony, despite the fact that both events were entirely non-violent. The Israeli police attacked the marchers when they attempted a sit-in near the place where Abu Khdeir was killed.

The location where Abu Khdeir was tortured and brutally murdered is the site of the former Palestinian village of Deir Yassin, where Israeli forces committed a massacre of more than 100 civilians in 1948 during the creation of the state of Israel.

It is now the site of an Israeli settlement known as ‘ Geva Benyamin’, and a forest.

As the marchers neared the site, Israeli forces attacked the protest, tear gassing the demonstrators and pepper-spraying Jordanian journalist Nibal Farsakh and an international peace activist directly in the eyes. The police also shoved and hit a number of the demonstrators.

A total of eleven people were injured when the Israeli forces attacked the march.

Banners held by protesters during the march read, ‘Muhammad Abu Khdeir, July 2, 2014: They kidnapped, tortured and burned you. Be a witness to their crimes.’

To mark the occasion of the one year anniversary of the murder of Abu Khdeir, the Palestinian observer at the United Nations, Feda Abdelhady-Nasser, issued a letter to the head of the United Nations calling for justice and an end to Israeli impunity in the killing of civilians.

The letter outlined numerous occasions over the past year in which civilians were directly targeted by the Israeli military occupation forces, and talked about the case of Mohammed Abu Khdeir, saying, ‘Here, recalling with sorrow all the innocent Palestinian victims of these Israeli crimes, I must recall the heinous crime perpetrated a year ago today against a Palestinian child, Mohammed Abu Khdeir, which shocked our consciences and broke our hearts. Mohammed, aged 16, was abducted from the street outside his home in Occupied East Jerusalem, beaten and driven to a forest, where he was burned alive by a gang of terrorist Israeli settlers. In memory of his son, Hussein Abu Khdeir has said “We don’t forget him. We burn on the inside every time we remember the way he was murdered”.

‘We hold the Israeli Government responsible for this crime and the culture of impunity in which Israeli settler have so vilely and continuously assaulted Palestinian civilians, and we join Mohammed’s parents in demanding accountability for the killing of their child and demanding justice for him and for all the Palestinian children that have been brutally killed by the occupying forces and settlers in the name of this illegitimate and belligerent occupation. In this regard, we insist again that the Israeli Government, the Israeli occupying forces and Israeli settler militias belong on the list of grave violators of child rights in the context of the Report of the Secretary-General on Children and Armed Conflict, and we will not relent in calling for such listing in the face of ongoing violations and crimes against our innocent and defenseless children.’

Three men are currently standing trial in Israel for the brutal murder of Mohammed Abu Khdeir. Hundreds of other cases of killing and wounding of Palestinians by Israeli settlers and extremists have gone uninvestigated by Israeli forces.

In the year since Abu Khdeir was murdered, numerous members of the victim have been specifically targeted by Israeli forces for abduction, interrogation, detention, beatings, house raids and destruction of their property. The victim’s 15-year old American cousin Tariq Abu Khdeir, who was visiting Jerusalem last summer when his cousin was killed, was seized from the street near his cousin’s home in the weeks of protests that followed Abu Khdeir’s death, and brutally beaten, dragged and kicked in the face repeatedly by Israeli police.

Speaking to a reporter from Agence France Presse on Thursday, Mohammed Abu Khdeir’s father said, ‘His mother cries just at the mention of his name. I’m trying to be strong in front of my children, who’ve been traumatized by the death of their brother.’

‘The most important thing is that justice is pursued for my son. I want his killers to spend the rest of their lives behind bars, with no pardon.’ 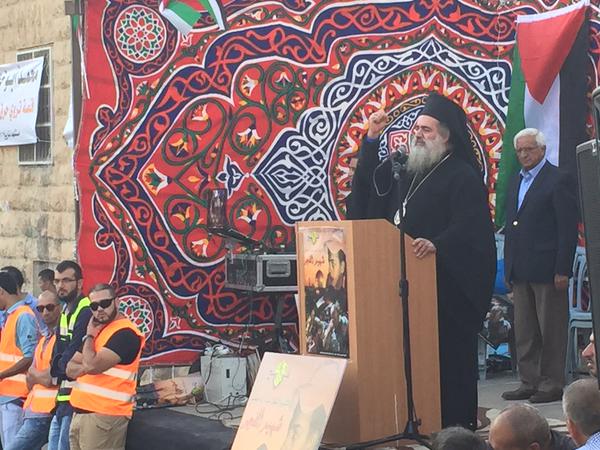