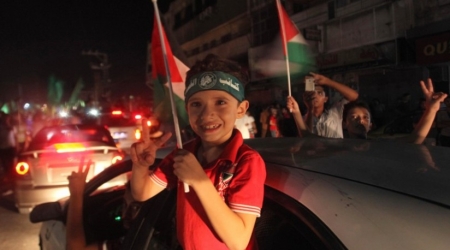 A new fact-finding search has concluded that the attempts to isolate Gaza, over the years, have failed while Gaza continues to occupy an especially central and crucial role, and must be considered.In a search entitled ‘Gaza First’ the Israeli Institute for National Security Studies, ‘INSS’ found that both Hamas and the Gaza Strip, just like in the past, remain essential ingredients in the Palestinian arena, and in any political process related to the Israeli-Palestinian conflict.

The report explained, according to Al Ray, that using the “Gaza First” option as a springboard for advancing the political process would be a highly complex project, particularly since the past two decades has seen the Israeli-Palestinian conflict split into separate conflicts involving Israel, the PA and Hamas.

The search noted that one key lesson of these turbulent years is that past attempts to ignore the Gaza Strip and Hamas, in the context of efforts to generate a breakthrough in the political process, have not brought Israel or the Palestinians any closer to a peace agreement.

It reported that the renewal of the dialogue between the Palestinian Authority/PLO and Israel came to be seen as both a tool to advance an Israeli-Palestinian understanding as well as a chance to further isolate and weaken Hamas. However, the combination of economic restrictions and political isolation did not lead to Hamas’ capitulation in Gaza, nor did ignoring the Strip facilitate the achievement of a political agreement between Israel and the Fateh-led PA. Put simply, ignoring a problem does not make it go away, but it may make it worse.

It sees reintegrating the Gaza and West Bank economies, by investing in the economic development of the Strip as well as by encouraging economic links between Gaza and the West Bank, as being crucial to the viability and functioning of a future Palestinian state. Until conditions are ripe to realize the ultimate goal, the international approach should focus on more money, more access, and more integration.

The report went on to say that now is the time for an extended ceasefire between Israel and Hamas.

However, any explicit or implicit understandings between Israel and Hamas should not occur at the expense of the PA, but reintegrating Gaza and the West Bank at the political level should remain a priority as a means to get the political process on track.

The report concluded by saying that reversing the policy of isolation of Gaza and Hamas, and focusing attention on putting Gaza first should be seen not just as a step toward impeding a violent implosion, in the not-so-distant future, but also as groundwork toward resumption of constructive Israeli-Palestinian dialogue.