Soldiers Kidnap One Palestinian In Jerusalem 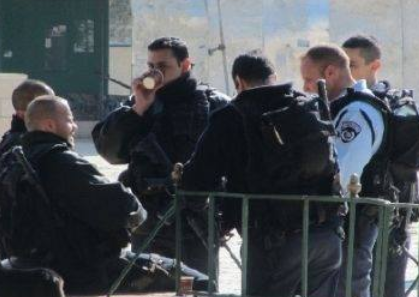 On Monday evening, soldiers invaded the same neighborhood, and broke into the home of Akram Shurafa, in an attempt to kidnap him, but he was not at home.

Shurafa previously received an Israeli order denying him access to the Al-Aqsa Mosque in Jerusalem, for six months that expired last May.

The family said the soldiers violently searched their property, causing damage, and interrogated them.