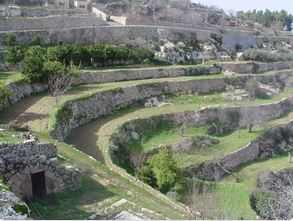 The Presidential Committee for Christian Affairs, in Palestine, issued a statement condemning the Israeli High Court decision granting a green light for starting the construction of the Annexation wall in the Cremisan monastery valley, in Beit Jala, in the West Bank district of Bethlehem.The Committee stated that the Israeli decision is “just a racist means used by Israel to pass resolutions and rulings that violate International Law, and aim at more illegal annexation of Palestinian lands.”

“The ruling will cause excessive harm to the owners, the inhabitants on the area, to the church and monastery,” the committee added, “The court asked the army not to harm the rights of the Palestinians, but this wall would split the Monastery, and isolate large swaths of lands.”

Committee head Hanna ‘Amira called on the International Community, and all churches around the world, especially the Vatican, to denounce the Israeli violations, and act on stopping them, as Israel continues to violate the Palestinian rights, including their freedom of worship, ownership, and freedom of movement.

He also called on the International Community to be aware of the outrageous Israeli military interpretations of court rulings, and the allegations that the wall is built for security considerations, and to act on ensuring International Law and international humanitarian law, are fully applied without any exceptions.

“This wall, in the Cremisan Monastery, as well as in every part of the occupied West Bank is illegal, and violates International Law,” he said, “The Palestinians, as any other nation, have the right to establish their state in their homeland, and live in peace, security and stability.”

The Committee also stated that the construction of the Wall “is an assassination of the two-state solution.”

The Israeli ruling allows the army to confiscate large areas of privately owned Palestinian lands, and what Israel considers state lands, in the occupied territories.

The Annexation wall isolates the Palestinians from their orchards and lands, and has led to the illegal annexation of large areas, paving the way for Israel to build and expand its illegal Jewish-only colonies in the occupied West Bank, including in and around occupied Jerusalem.

Several Palestinian communities in the occupied West Bank have been turned into isolated ghettoes after being surrounded by colonies, and isolated by the Annexation Wall. Villagers are largely denied access to what is left of their lands on the other side of the Wall.

The Wall is also built deep in Palestinian lands; to enable the expansion of illegal colonies, while the Palestinians remain denied the basic right to expand their communities, in their homeland.