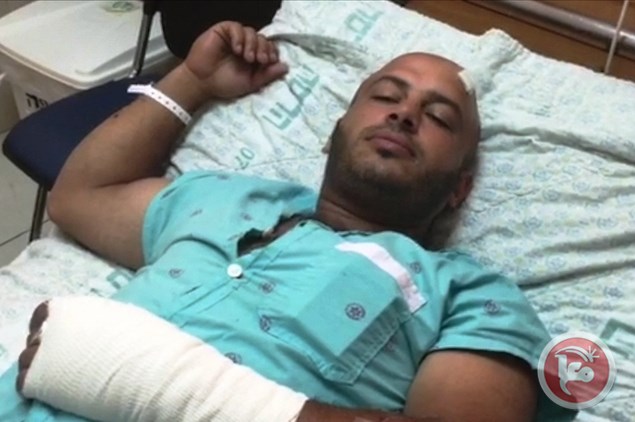 When he arrived on the worksite, he was attacked by a gang of six extremist settler youth who beat him severely with metal rods, fists and boots.

Bakri suffered multiple injuries in the attack, and was taken to a Jerusalem hospital for treatment.

This attack follows a series of escalating attacks on Palestinian civilians by armed Israeli paramilitary forces, who have burned churches, vandalized mosques, beaten numerous civilians including children, and firebombed homes.

The most serious of the recent attacks was the firebombing of a home in the northern West Bank village of Douma, in which an 18-month old baby was burned to death. The rest of the family suffered critical burns all over their bodies – the father died a week later, while the mother remains comatose, along with the four-year old brother of the baby.

No Israeli settlers have been charged with the burning of the family in Douma.

As for the beating of the worker in Pisgat Ze’ev Thursday, two Israeli settler youth were detained, but have not been charged with any crime.