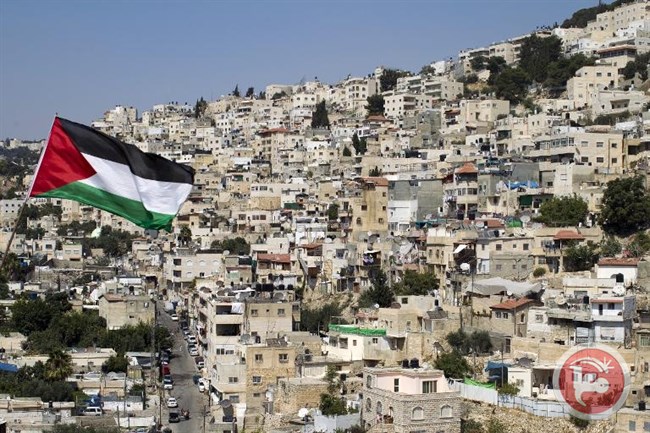 Israeli settlement watchdog Peace Now, on Thursday, labeled the settler takeover of a building in East Jerusalem’s Silwan neighborhood as a ‘dangerous expansion’ designed to change the status quo in Jerusalem.The Silwan-based Wadi Hilweh Information Center stated, according to Ma’an, that more than 60 settlers stormed Batn al-Hawa in the center of Silwan at 2:30 a.m. and took over a building belonging to Jamal Sarhan.

Peace Now said that, over the past year, settlers have doubled their presence in the Batan al-Hawa area of Silwan, with the most recent overnight takeover expanding the settlement from 10 to 35 Jewish families.

The Sarhan house contains 12 housing units and has five floors, with one Palestinian family remaining in their property as their lease is not up for another month.

On Thursday, settlers escorted by police attempted to intimidate the last remaining family to leave.
The Sarhan house is located nearby to the Abu Nab house and other homes under threat of eviction based on claims of Jewish ownership before 1948, when the State of Israel was established.

‘The settlers’ entry must be understood as a strategic takeover; this is yet another step in a larger attempt to alter the character of the neighborhood and change the status quo in Jerusalem,’PeaceNow said.

‘Last night’s entry is not merely a private act as it was aided by law enforcing authorities. The government has decided in the past not to allow the settlement inside Palestinian neighborhoods and it can do so again.’

Today, around 500 settlers live in Silwan among a population of 45,000, one of mainly enclaves in the heart of Palestinian neighborhoods surrounding the Old City, such as Ras al-Amud, al-Tur, Abu Dis, and Sheikh Jarrah.

Jerusalem’s municipality and the government allocate private security guards paid for by public taxes and send security forces to assist in the takeover of property.