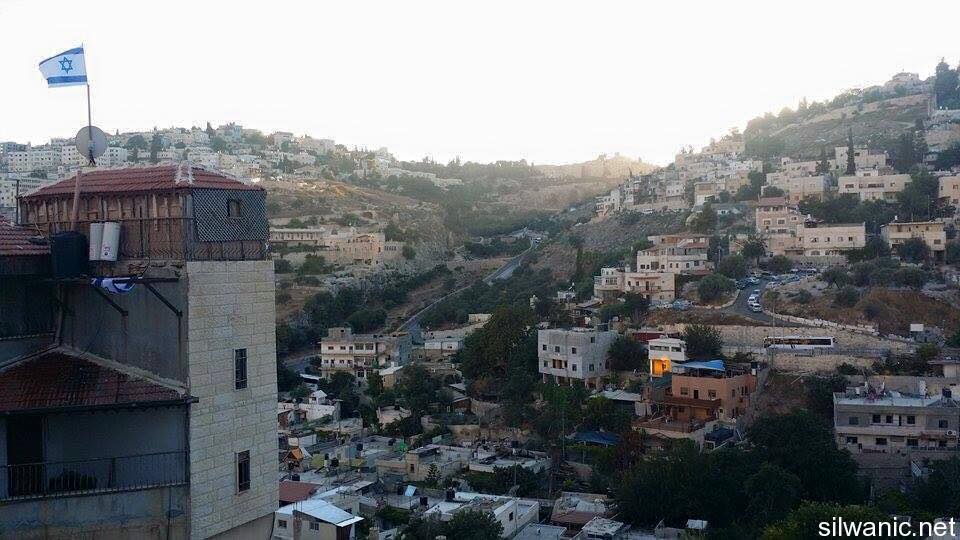 Early Tuesday morning, the Israeli military accompanied a large group of Israeli settlers as they moved into a formerly Palestinian-owned building in the Silwan neighborhood in East Jerusalem. The arrival of the soldiers and settlers in the neighborhood led to clashes with stone-throwing youth, who were attacked by the soldiers.The settlers broke into the main door of the building with the assistance of the soldiers. They then moved themselves and their belongings into the building, to take over the property as part of the colonization effort currently underway in East Jerusalem.

According to the Wadi Hilweh Information Center in Silwan, the settlers claim to be part of the Ateret Cohanim organization, which is an extreme right colonial-settler organization whose aim is to expel Palestinians from their land in East Jerusalem and the West Bank, and then take over that land for Jewish-only settlements.

The property occupied by the settlers on Tuesday is directly adjacent to one that was taken over by around 60 settlers 4 days ago. In that case, according to the Wadi Hilweh Information Center, the Palestinian owner allegedly made a secret deal for an undisclosed sum of money to sell the property to the right-wing group.

That building was owned by a member of the Sarhan family, Jamal Sarhan. The takeover of that building last Thursday created the biggest settlement outpost in the Middle Neighborhood after Bet Yonatan. It is located in a strategic place and overlooks Al-Aqsa Mosque and the town of Silwan and is in the middle of a densely populated residential neighborhood.

The Sarhan family has been a major target of Ateret Cohanim over the past several years, as the family owns a large section of property in what’s known as the ‘Middle Neighborhood’. The properties consist of around 35 residential buildings housing some 300 Palestinians.

Earlier this month, the Ateret Cohanim organization handed eviction notices to the Palestinian owners, claiming that they had obtained a judgment in their favor in the Israeli court system. They threatened the owners, saying they must settle out of court by selling their property to Ateret Cohanim, or face being forcibly evicted by the military.

According to Wadi Hilweh Information Center, the houses of the Sarhan family fall within the plan of “Ateret Cohanim” to seize 5200 square meters from the neighborhood of “Middle Neighborhood” in the area of Batn Al-Hawa.

The center also mentioned that the settlers’ attempt to seize land in Batn Al-Hawa started 8 years ago using a variety of tactics. Over the past 8 years, dozens of families have been handed eviction notices.

The Wadi Hilweh Information Center added that among the methods used by Ateret Cohanim to seize property in Batn Al-Hawa is to claim that the residents changed the building or added to the already exiting property which makes them lose the “protected tenant” classification.

Following the takeover of the property Tuesday morning, local youth clashed with the invading soldiers, throwing stones at the soldiers, as the soldiers attacked the youth with concussion grenades and tear gas.